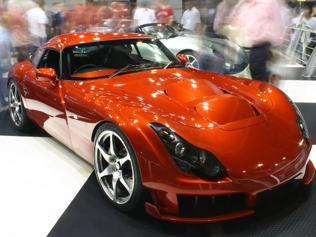 Will the new TVR look like any of its predecessors?

TVR has received over 250 orders for its new sports car, despite no information on its name or what it will look like.

In just six weeks, TVR has filled its upcoming sports car delivery quota for 2017. No information has been published yet about its appearance or name, but it appears that the classic, quality reputation of TVR has ensured that fans of the brand are willing to take the risk.

Potential buyers were required to put down a deposit of nearly $8000, with those who missed out on the 250 first spots being warned that their vehicles risk not being delivered until 2018, despite increased production numbers.

The much-loved British sports car brand announced its comeback in June, after closing its doors back in 2006, and is collaborating with Formula 1 designer Gordan Murray and motorsport specialists Cosworth.

This model will not be a one-off from TVR: three further cars are also to be developed over the next decade.