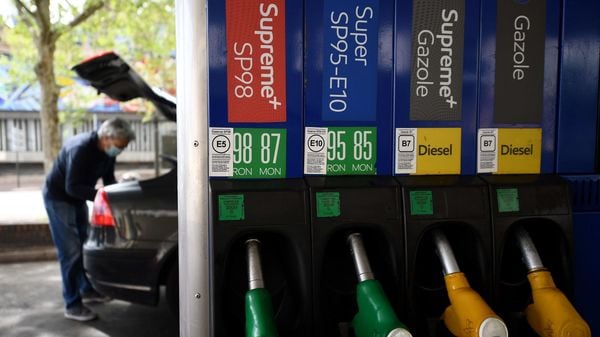 File photo of a fuel station used for representational purpose only.

Prices of natural gas in India are likely to be cut to USD 1.9-1.94 - the lowest in more than a decade - from October, denting revenues of producers such as ONGC who are already incurring huge losses on gas production.

A gas price revision is due from October 1 and going by the changes in the benchmark rate in gas exporting nations, the price is likely to be anywhere between USD 1.90 to USD 1.94 per million British thermal unit (mmBtu), sources privy to the development said.

This will be the third straight reduction in rates in one year. Prices were cut by a steep 26 per cent to USD 2.39 per mmBtu in April.

Prices of natural gas, which is used to produce fertiliser and generate electricity and is also converted into CNG for use in automobiles as fuel and cooking gas for households, are set every six months -- on April 1 and October 1 each year.

(Also Read: This country makes it mandatory for new vehicles to run on natural gas)

Sources said the cut in prices would mean a widening of losses for India's top oil and gas producer ONGC.

ONGC has seen incurring losses on the 65 million standard cubic meters per day of gas it produces from domestic fields shortly after the government in November 2014 introduced a new gas pricing formula that had "inherent limitations" as it was based on pricing hubs of gas surplus countries such as the US, Canada, and Russia.

The current USD 2.39 per mmBtu rate is the lowest in more than a decade.

Sources said ONGC in a recent communique to the government has stated that the break-even price to produce gas from new discoveries was in the range of USD 5-9 per mmBtu.

In previous years, loss from the gas segment was getting offset from the gain from the oil business. But with oil business itself coming under severe strain due to a sharp slump in benchmark prices, it has become difficult for the company to meet even the operating expenses, they said.

ONGC and Oil India Ltd (OIL) got USD 3.818 per mmBtu price for the gas they produced from fields given to them on nomination basis and after adding 10 per cent royalty, the fuel cost USD 4.20 per mmBtu for consumers.

The Congress-led UPA had approved a new pricing formula for implementation in 2014 that would have raised the rates but the BJP-led government scrapped it and brought a new formula.

The new formula takes into account the volume-weighted annual average of the prices prevailing in Henry Hub (US), National Balancing Point (the UK), Alberta (Canada), and Russia with a lag of one-quarter. Prices are set every six months -- on April 1 and October 1 each year.

The rates at the first revision, using the new formula, came to USD 5.05 but in the subsequent six-monthly reviews kept falling till they touched USD 2.48 for April 2017 to September 2017 period.