MV Agusta partners with Kinetic to sell superbikes in India

Italian firm MV Agusta has tied up with the Pune-based Kinetic Group to sell its superbikes with price tags between Rs 12 lakh to Rs 33 lakh. This may also bring the popular Luna-maker back to the Indian two-wheeler market.
By : PTI
| Updated on: 18 Aug 2015, 08:20 PM 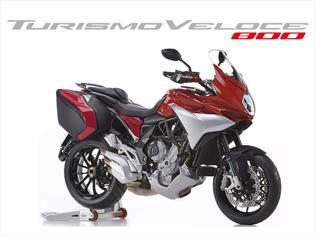 Italian firm MV Agusta has taken its route to India via the Pune-based Kinetic Group for launching its superbikes with price tags between ₹12 lakh to ₹33 lakh. This may also bring the popular Luna-maker back to the Indian two-wheeler market.

Kinetic group also plans to launch the first bike of MV Agusta in November this year and will set up a network of showrooms in top cities to retail the motorcycles besides providing after-sales service.

'We are really excited to be bringing these extraordinary machines to India for riders who demand the utmost performance from their bikes,' Kinetic World Managing Director Ajinkya Firodia said in a statement.

The current MV Agusta portfolio consists of a range of high-performance superbikes, including the Brutale, Rivale, Turismo Veloce, F3 and the range-topping F4.

'Kinetic can launch any or all of these motorcycles in India over the next 2-3 years, with the first launch slated for November 2015,' the company said.

A team of engineering experts is already working on homologation and other formalities while the dealership network is being set up across India, it added.

'The bikes will be brought in as CBUs and SKDs, and prices are likely to range from ₹12 lakh to ₹33 lakh,' it said.

In 2014, Kinetic group had exited the two-wheeler segment completely by selling its remaining stake in Mahindra Two Wheelers to private equity firm Samena Capital for about ₹182.1 crore. The group had sold off its two-wheeler business assets to Mahindra and Mahindra in a cash and stock deal in 2008.

Group firm Kinetic Motor Co had in the past partnered with Japan's Honda and sold the once popular Kinetic Honda gearless scooter. The group then went solo after the joint venture broke up.