Home Auto News Merc’s Gla Goes Under The Knife, But Has It Gotten Better?

Merc’s GLA goes under the knife, but has it gotten better? 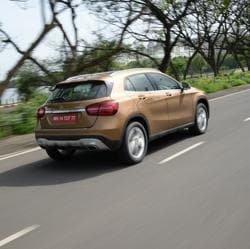 Changes to the GLA are quite subtle, the biggest among them on the outside being the new LED headlamps.

Despite being criticised for its hatchback-like looks, the Mercedes GLA has been selling in decent numbers. It was launched with two-wheel drive only, while Mercedes later added more variants like the performance-oriented GLA 45 AMG, and more recently, the all-wheel-drive GLA 220d with an off-road mode. Now, about three years after its launch, Mercedes has given the car a nip and tuck.

Changes to the GLA are quite subtle, the biggest among them on the outside being the new LED headlamps. The front also gets a new twin-blade grille. Around the side, there are new five-spoke alloys, while the rear gets new LED tail lamps. On the whole, the GLA still does not have the stance of a traditional SUV but it looks appealing nevertheless. 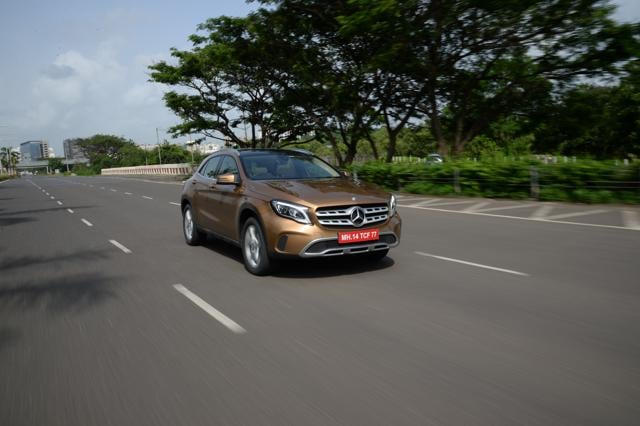 Like the exterior, the changes inside are minimal. The instrument panel is new with an 11.6 cm colour multifunction display and has a concentric circle metre design with neat red needles. The new GLA also has an ambient lighting system with 12 selectable colours. Like before, the GLA is fairly well-equipped and comes with a large panoramic sunroof, attention assist, powered tail-gate, powered front seats with memory and an 8-inch infotainment screen with Android Auto and Apple CarPlay. Sadly, for a car costing ₹36.75 lakh (ex-showroom), it comes with a manual AC. 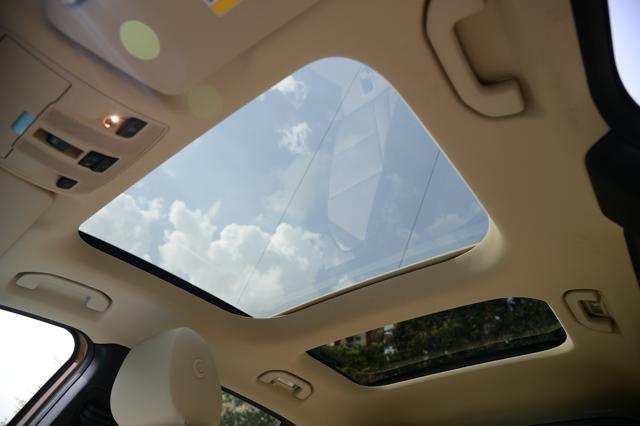 Seating is comfortable and what's nice is the small extendable under-thigh support on both front seats. Interior space isn't the GLA's strong suit, and headroom and rear legroom are just sufficient for my five-foot-eight frame. The narrow all-round glass house further makes you feel hemmed-in. Also, the view out is restricted due to the short height of the windshield. Beige interiors and the large sunroof do help brighten-up the cabin. 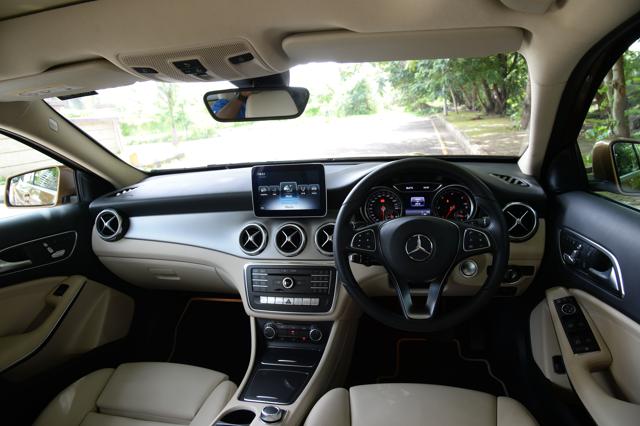 Engine choices remain the same as before. They include a 1,991cc petrol engine and a 2,143cc diesel; the latter is available in two states of tune, 170hp and 136hp. The variant tested here is the 170hp diesel.

Performance from the motor is brisk and power comes in from low revs. There is a small spike in power around the 1700rpm mark post which power delivery is linear. However, the engine gets quite noisy as the revs pile up. 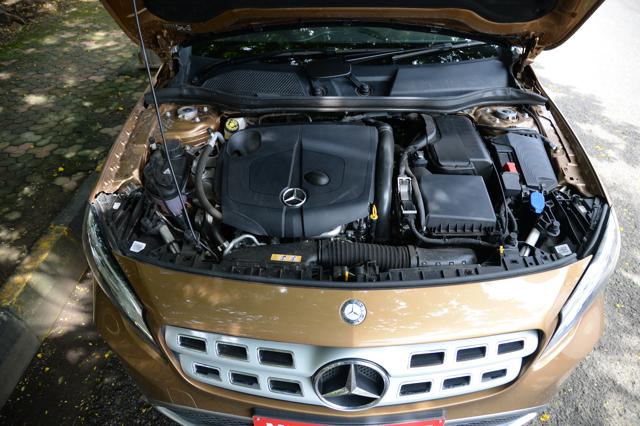 One big improvement the GLA got in 2016 was a change in the driving modes which brought in an off-road and individual (customisable) mode. These remain on the current car and alter the powertrain and steering. While the GLA is no SUV, it can easily indulge in some light off-roading thanks to four-wheel drive and sufficient ground clearance. There is also a hill descent mode to bring the GLA down slopes in a controlled manner. In all, Mercedes-Benz should have done a bit more with the facelift. The GLA isn't the largest or best-driving SUV and needs a change soon. However, it does deliver a stylish, well-equipped car that can tackle some amount of rough stuff as well. Prices for the GLA start from ₹30.65 lakh, while the 220d 4matic tested here costs ₹36.75 lakh (ex-showroom). Interestingly that means, thanks to GST, you now pay around ₹3 lakh less for the facelifted car.