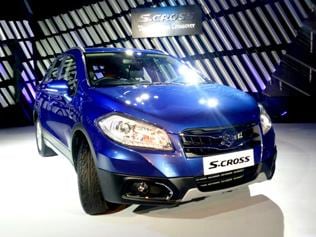 India's largest car maker Maruti Suzuki India Ltd on Wednesday launched its first crossover S Cross priced at ₹8.34 - 13.74 lakh, within a fortnight of Korean arch rival Hyundai launching its compact SUV Creta. To be sold only through its premium network of showrooms Nexa , S Cross is being billed as the company's most ambitious bid at breaking into the premium segment of cars.

Unlike its competitors in the segment, S Cross is not offered with a petrol engine and is powered by a 1.3 and 1.6 litre diesel engine. The latter is the biggest diesel engine sourced from Fiat to be used in a Maruti vehicle till date. The familiar 1.3 litre engine that does duty on a host of Maruti cars from Swift to Ciaz belts out 90 PS power and 200 NM of torque but it is the 1.6 litre power-train with 118 PS power and 320 NM of torque that matches well with competitors.

While it does not look as domineering on the road as a Duster or a Creta, it is quite big and spacious. A crossover as opposed to a bona fide SUV, its ground clearance at 180 mm is on the lower side and S Cross does not get an automatic variant or four wheel drive either. Unlike Ford, Hyundai and Renault, Maruti does not believe there are enough buyers for a petrol variant in this category.

Maruti however seems to have gone over board with the pricing. The 1.3 litre variant priced at ₹8.34 - 10.75 lakh has ABS and airbags as standard and around ₹1 lakh cheaper than the Duster or Creta. The top of the line 1.6 litre variant at ₹13.74 lakh however is a good ₹14000 more expensive than the Creta but has only two to Hyundai's 6 airbags. For a company known more for its frugal value for money small cars it would be quite a task for Maruti to convince customers to pay that much for its cars. 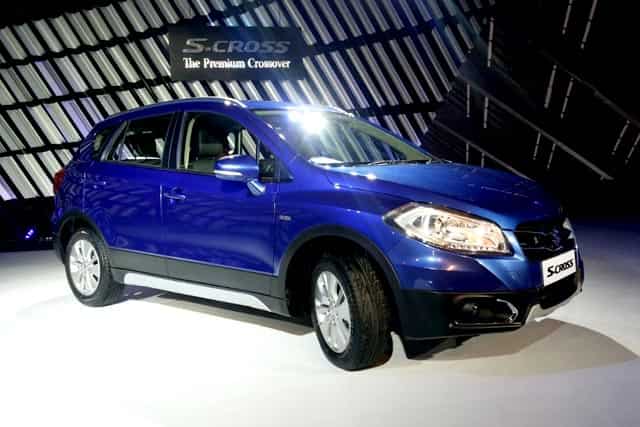 Unlike its competitors, the S Cross boasts a 1.3 and 1.6 litre diesel engine (HT Photo)

'We have studied the market and the share of petrol versions in this category is in low single digit,' said R S Kalsi, executive director, marketing and sales, Maruti Suzuki India Ltd. 'This customer wants the torque, driveability and fuel economy of the diesel engine so we have given him two options. The 1.6 litre engine would be our highlight.'

The compact SUV segment that was burst open by Renault Duster in 2012 has stagnated in the last year or so primarily due to lack of new models in the segment. In the first half of this year sales have declined 6%. A rash of launches in the second half though starting with Hyundai Creta last month, S Cross today and Mahindra's TUV 3OO next month is likely to spur a revival in the segment.