Mahindra’s premium SUV feels more sure-footed than its predecessor and is still the only 7-seater alternative to Innova
By : Hindustan Times
| Updated on: 15 Jun 2015, 01:48 PM 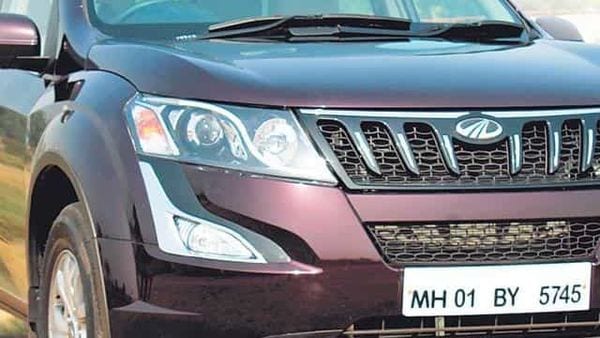 HAVING established itself as a successful SUV brand, Mahindra and Mahindra's XUV 500 was an ambitious offering with which the company wanted to raise the bar and demonstrate its prowess in making people movers and off roaders. This was the most feature-rich and expensive Mahindra vehicle till date and initially the market lapped it up. Its 'love it or loathe it' styling meant it had enough takers. Like most Mahindra vehicles, however, shortcomings such as soft brakes, twitchy suspension and dodgy electronics became visible in a few months and the demand cooled off. 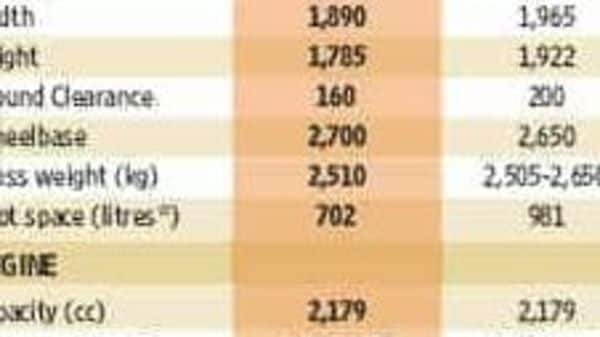 The car's looks were one of its major strengths and sales of 100,000 units in three years is testimony to that. So barring a few cosmetic additions very little has changed otherwise.

Most notable among them are the new static bending projector headlamps that turn as you steer. The front grille is all black with chrome inserts which is an attempt to make the car look a little understated. But, the attempt is undermined somewhat by the fog lamp cluster that gets a lots of chrome. The car also gets LED day-time running lights that strangely work only as parking lights. The XUV's rear was always less appealing than the front and so is the case this time in spite of the big chrome appliqué. It still looks a tad over-styled in parts but is clearly the best looking Mahindra in town.

While the overall interior design remains the same, the changes include the beige and black colour scheme, bigger 7" touchscreen, brushed aluminium pedals and chrome surrounds on the knobs. The ambient lighting is now blue from red. The top of the line W10 version sees additions such as sun roof, electronically adjustable driver seat and keyless push-start ignition. Space is something you cannot fault with. The seats are big and supportive. The view from the driver's seat is commanding, just the way you would like in an SUV. Leg and shoulder room are generous in the second row and even the third row is usable. The second and third row fold flat either in 50:50 or in 60:40 configurations. So the boot space expands from 93 to 702 to 1,512 litres.

There are no changes under the hood. The 2.2 litre diesel engine develops 140 bhp of power and 330 Nm of torque, which is more than Scorpio or Duster and at par with Safari. What undoes this advantage is the car's weight. Despite having a monocoque construction, XUV still weighs a burly 2,510 kg.

The company claims that all changes have been made to the suspension, steering and brakes so that the car feels more assured on the road. The improvements are not very apparent up first and the car feels heavy around corners.

But, the first thing one notices by way of improvement is that the brakes are more direct. Changes in suspension and an improved electronic stability programmme from Bosch means you can corner at higher speeds. Yet, you cannot push it too hard and have to be careful on wet or slick surfaces.

Ride quality is more or less the same though bodyroll is higher. Don't expect Innova-like comfort from this car. The engine has a terrific mid-range and accelerates well from 20 kph to 120 kph. The gearbox however is a bit twitchy and not as smooth. The engine is a wee bit noisy as well. But we are nitpicking here.

The new XUV is a few crucial steps ahead of its predecessor. It feels more sure-footed and settled and inspires more confidence. And as a true 7-seater vehicle, it is the only vehicle to have if you don't want an Innova. At ₹ 11-16 lakh you get almost everything by way of features such as six airbags, ABS, EBD, ESP, hill hold and hill descent capabilities.

Yet it is not perfect. Automatic transmission is missed and it is still can't match the refinement of the Volkswagens, Toyotas and Renaults. But what the new XUV does show is that it is moving in the right direction.

With Tata not up for the game in this segment, XUV revels as the only credible 7-seater SUV to be had for ₹ 15 lakh.