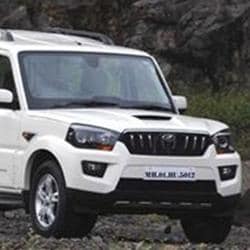 Mahindra & Mahindra's popular SUV Scorpio will now be available only in manual transmission, as the automaker has quietly discontinued the automatic variant.

"The Automatic has been discontinued", the company tweeted on Sunday, when asked by a user.

The six-speed automatic gearbox was sourced from DSI of Australia.

The AT variant looked just the same as the manual transmission, except for the "Automatic" badge on its tail gate and sides.

Though low sales could be the main reason, some reports say Mahindra wanted to clear all stocks of the old Scorpio before launching a facelift with a new six-speed gearbox sourced from Aisin.