Land Rover’s Discovery is properly tall and dwarfs everything this side of the Mercedes-Benz GLS. It does deliver the goods: It’s got 7 seats, serious off-road hardware and powerful engines, a 340hp petrol included.
By : Autocar
| Updated on: 04 Nov 2017, 02:52 PM 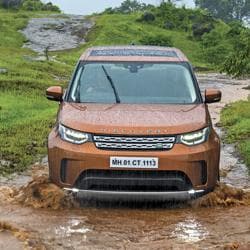 Land Rover proudly calls the Discovery its ‘most versatile yet’.

The Discovery is, in simple terms, big brother to the Sport. It's larger, promises to be even more capable and is a model that Land Rover proudly calls its 'most versatile yet'. On the face of it, it does deliver the goods. It's got seven seats, serious off-road hardware and powerful engines, a 340hp petrol included.

The Discovery is nearly 5m long, is properly tall and dwarfs everything this side of the Mercedes-Benz GLS. The look is very modern Land Rover but the Discovery has its own unique design elements like the gentle step in the roof, the upright tail-end and the long rear overhang. Sure, it doesn't have the flash value of the Range Rovers and can even appear a bit ungainly and stretched when viewed from certain angles, but the Discovery looks the way it does for a reason. And that is to provide maximum room for its seven occupants. 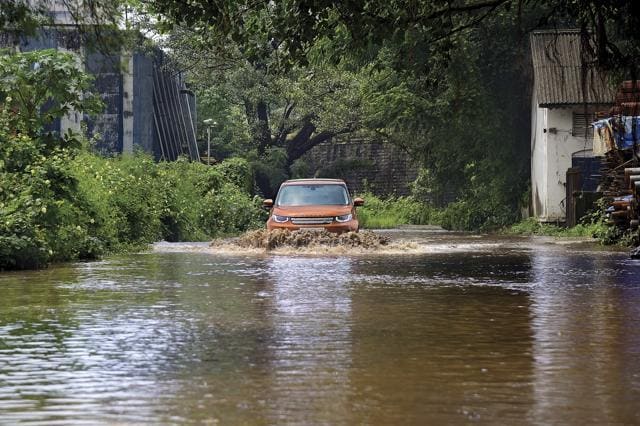 Access to the third row involves a bit of twisting and contorting, and the seating position is slightly knees-up but there's enough space in the rearmost section of the cabin for even adults to sit in reasonable comfort. There's loads of space in the middle row too, but the seats are set a bit lower than you'd like. The best seats in the house are the ones up front. Richly finished and equipped with their own foldable armrests, the seats are no less than thrones. And a happy consequence of the cabin being high-set (you step up into it rather than walk in) is that you get a commanding view of the road. What's also nice is the chunky, and built-to-last look to everything inside. While there could have been more flair to the dashboard design, it all somehow goes with the Discovery's no-nonsense persona. And there's practicality built into the cabin. There are multiple storage bays and as many as nine charging points scattered across the cabin.

You'll also like the Disco's 10-inch touchscreen for its slickness and speed; pity, there's no Android Auto or Apple CarPlay. The Discovery is available in three trims and our mid-spec HSE spec test car did come with plenty of equipment. However, items such as cooled seats, twin sunroofs and even the third-row seats are on the options list, so account for spending big money on speccing your Discovery to the right level. 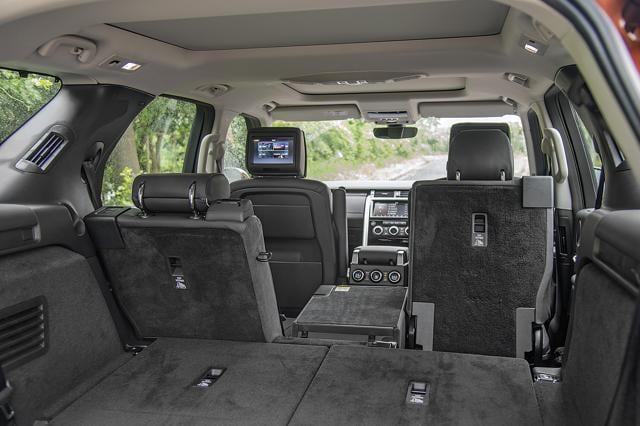 With all seats up, there's enough space for a few soft bags, but with the second and third-row seats folded, the cavernous luggage bay can double as a bed for two adults - helpful when camping in the wild. The Discovery also gets a useful retractable shelf at the boot that can take up to 300kg of load.

Land Rover has launched the Discovery with two engine options - a 245bhp V6 turbo-diesel and a 340hp, V6 supercharged petrol unit. We tested the petrol version and came away impressed. The petrol Discovery is unexpectedly quick for something so large. Engine responses are crisp and the experience just gets better and better the faster you go. The mid-range is punchy and what makes the strong build-up of power to the 6,500rpm limiter all the more special are the accompanying whirrs and whines of the engine. 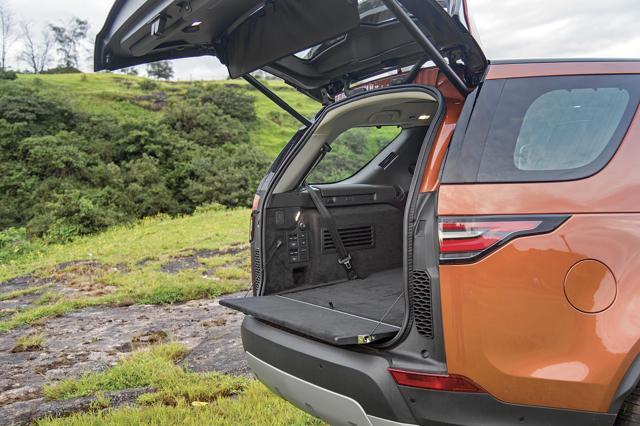 The Discovery is just unshakeable on straight highways and doesn't get disturbed by potholes taken even at high speeds. But a sporty SUV this is not. You can feel its enormous weight and size in corners. Drive within the Disco's comfort zone though and you'll like how tidy the handling is, helped in no small measure by the feeling of control from the perfectly set-up steering. Still, the oversized Disco can feel intimidating to drive on packed city roads and there's a hint of firmness from the air suspension at low speeds too. As for off-road ability, the Discovery will just amaze you for how far it can go into the wild. Onboard is Land Rover's Terrain Response system (it primes the engine, gearbox, steering, suspension and other electronics for various off-road scenarios) and there's selectable low-range that gives the Discovery the desired low-speed grunt for the trickiest of situations. The suspension can be raised too, and at its highest what you get is an incredible 283mm of ground clearance and 900mm wading depth!

The Discovery rides well, drives well, feels tough, has seats seven and can take you places few other luxury SUVs can. So, if you are one to use your large luxury SUV to chart new courses, the big-on-size and big-on-capability Discovery could just be the one SUV to meet all your needs.