Seltos was the debut product for Kia in India and the company says maximum demand has been for the top-end variant of the Seltos SUV.
By : HT Auto Desk
| Updated on: 20 Aug 2021, 04:37 PM 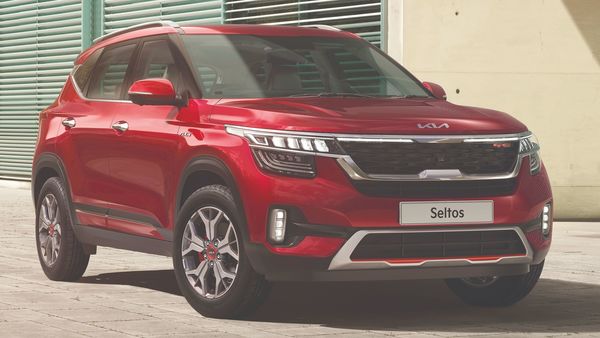 Kia India announced on Friday that it has sold over two lakh units of Seltos, the flagship product of the brand in the country. The car maker also added that over 66 percent of its total sales have been contributed by the Kia Seltos SUV. Kia made its debut in India with the Seltos back in 2019 and in the past two years, has gone on to launch two more products - Carnival and Sonet, but Seltos holds on to its place of prominence for the Koreans.

Kia has shared that while 58 percent of Seltos sales came from its top variants, the automatic options of the SUV contributed to more than 35 percent as well. Seltos with the diesel engine also has a solid demand and forms 45 percent of all sales of the vehicle. Additionally, it is stated that the recently-introduced iMT (clutchless transmission) has also found much favour.

Overall, Kia has sold around 1.5 lakh connected cars in which Seltos, again, contributed over 78 percent of sales. In this, Seltos HTX 1.5 petrol variant remained the preferred model. Kia also said that its Sonet has accounted for over 19 percent of its total sales.

Tae-Jin Park, Executive Director and Chief Sales and Business Strategy Officer at Kia India said that the Indian passenger vehicle market is transforming because of changing customer trends that include increased desire for the latest features and cutting-edge connected-car technology. “We have made a conscious decision to launch game-changing products in popular segments introducing customers to a whole new experience of owning a Kia," he added.

Kia also introduced the Seltos Anniversary Edition to mark the SUV's one year in the country.

Kia India had recently teased a new car on its social channel. Speculations are being made that the car – called Project X in the video –  may extend the Kia Seltos X Line.