Reports of Apple considering expanding into vehicles have led to speculation on potential manufacturing partners.Apple plans to set up production with Kia and build Apple cars at the automaker’s facility in Georgia, US.
By : Bloomberg
| Updated on: 03 Feb 2021, 10:10 AM 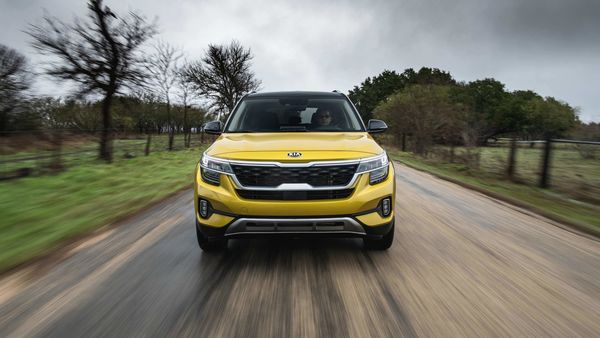 Kia Motors Corp. jumped as much as 14.5% after a local media report that Apple Inc. will invest 4 trillion won ($3.6 billion) as part of a collaboration with the South Korean carmaker on making electric vehicles.

The iPhone maker plans to set up production with Kia and build Apple cars at the automaker’s facility in Georgia, U.S., DongA Ilbo reported, without citing anyone. The companies may sign a deal on Feb. 17 and aim to introduce Apple cars in 2024, according to the newspaper, which said they have an initial target to produce 100,000 autos a year.

Reports of Apple considering expanding into vehicles have led to speculation on potential manufacturing partners. The technology giant’s car-development work is still at an early stage, and the company will take at least half a decade to launch an autonomous EV, people with knowledge of the efforts have told Bloomberg News. That suggests the company isn’t in a hurry with partnership decisions.

Last month, Hyundai Motor Co., an affiliate of Kia, backed away from a statement that said it was in talks with Apple, revising it to say only it had been contacted by potential partners for the development of autonomous EVs. The news pushed stock in Hyundai up almost 20% on the day. Kia shares are now at their highest since 1997.

An electric Apple car would rival vehicles from Tesla Inc. and companies such as upstart Lucid Motors and China’s Nio Inc., as well as established manufacturers like Daimler AG and Volkswagen AG. Setting up a car plant can cost billions of dollars and take years, likely the reason why Apple is talking to potential partners.