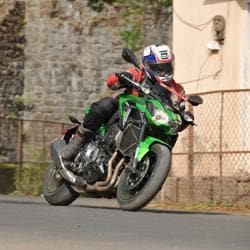 Over time, large-capacity motorcycles have gotten incrementally easier to ride, and in the right hands, frighteningly fast. A prime example of such a bike was the Z800, which just got replaced by the bike you see here: the Z900. 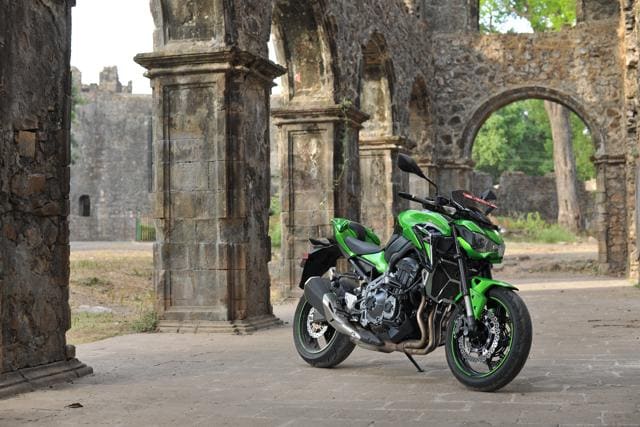 This new Z carries forward much of its predecessor's styling. But its front bikini fairing is all new, so is the tail section and the exhaust design. Also new is the negative-lit LCD speedometer. It's got a nice semi-circular, cascading tachometer, a gear indicator, and a large centralised digital speed readout. Like on the larger Kawasakis, the tachometer acts as a shift indicator; the needles begin to blink when it's time to shift up. 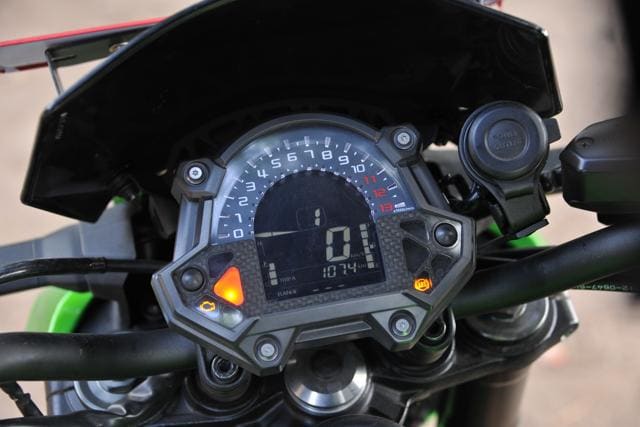 The tank's organic shape melds nicely into the wide, well-padded seat, and like large Kawasaki nakeds, the rear culminates into a pointy tail-lamp that has the LEDs placed in the shape of a 'Z'.

While the Z900's styling and overall silhouette is akin to its predecessor, it gets an all-new frame. Kawasaki has dropped the Z800's cast-alloy chassis for a lighter tubular steel trellis unit. The low weight, paired with a low seat height of just 795mm, makes the Z900 a good proposition for shorter riders.

The suspension setup, on the other hand, retains the beefy, adjustable 41mm upside- down front forks and the horizontally mounted rear monoshock from the Z800. Overall ride quality is quite good over our less-than-perfect road conditions; bumps at low and high speeds are handled quite nicely.

Most of the mechanical bits have either improved or stayed the same, but that cannot be said about the brakes. The dual-petal rotors at the front have reduced in size from 310mm to 300mm, but Kawasaki has retained the opposed four-piston calipers. The stopping power of the Z900 is far from insufficient. While the initial bite is light and predictable, squeeze a bit harder and the brakes will scrub off speed at a phenomenal rate.

The Z900 is powered by a new 948cc inline-four engine that makes 123.6hp. Typical of inline-four engines from Kawasaki, refinement levels are simply exquisite. From the moment you thumb the starter button, there's a nice bassy buzz that transforms into a positively manic howl as the revs climb. And, as expected from a naked, the engine feels strong and punchy at medium revs, and there's a noticeable kick after 6,000rpm. 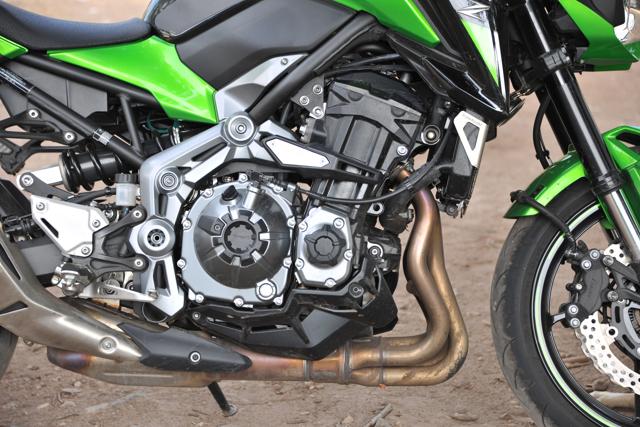 Kawasaki has also developed an assist and slipper clutch which assists with excessive engine braking, and keeps the rear wheel from slipping under hard downshifting. In keeping with its street-fighter character, the Z900 gets a short-ratio gearbox. This, coupled with the high refinement levels, allows you to pull away from speed breakers from 20kph in third gear without hesitation. And the fifth gear will help you pull cleanly from as low as 30kph, all the way to a speedo-indicated 180kph; the sixth gear will take you all the way to a 240kph-plus top speed.

Also noteworthy is the Z900's cooling system - it's absolutely outstanding. Even while ambling through heavy city traffic, there are almost negligible levels of heat from the engine, and that's commendable for a larger displacement motorcycle.

When astride the Z900, the first thing you'll notice is how responsive it is. Whether it's tipping into corners, wringing the throttle or hard braking, the Z900 does it all in an intuitive manner. Combine the extra 12hp of grunt over the Z800 and the almost 20kg weight-loss and you have a bike that's just a lot more fun. It's light, nimble and stable; the Z900 will go around corners with enthusiasm, and it certainly wouldn't say no to a bit of hooliganism.

The electronics package on the Z900 is a fairly simple one - ABS is all it gets. As a result, the riding experience is a rather unfiltered one. What your rider inputs are into the machine is exactly what you'll get. That, however, won't work very well in adverse conditions for a non-experienced rider. Rolling on and off the throttle can be a bit abrupt, and the grip from the Dunlop Sportmax tyres aren't consistent. 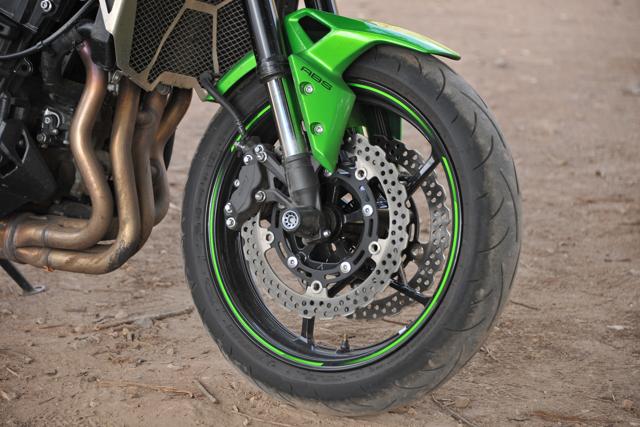 In all, the Z900 is a great replacement for the Z800. It's got the right balance between power and handling, which translates to a rather sublime experience. Now, although the lack of electronics may not hamper the riding experience in dry, tarmac conditions, the absence of traction control makes it a bike that's better suited to intermediate and well-experienced riders. 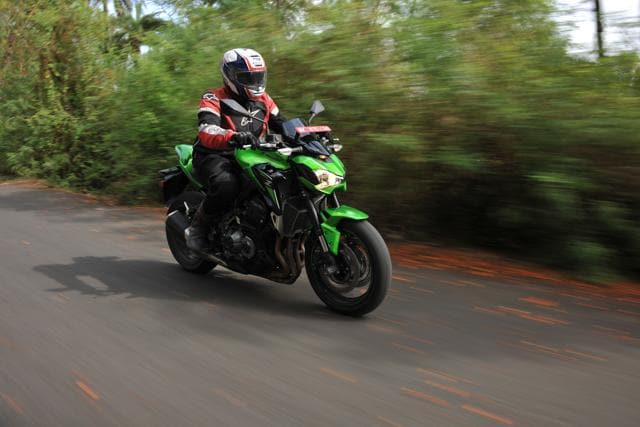 So yes, this may not be a bike for everyone, but what there's no debating about is that at ₹7.68 lakh (ex-showroom, India), it's absolutely knockout value.