Home Auto News John Cena Has A New Customized Vintage Beauty On Wheels. And Yes, You Can See It

John Cena has a new customized vintage beauty on wheels. And yes, you can see it 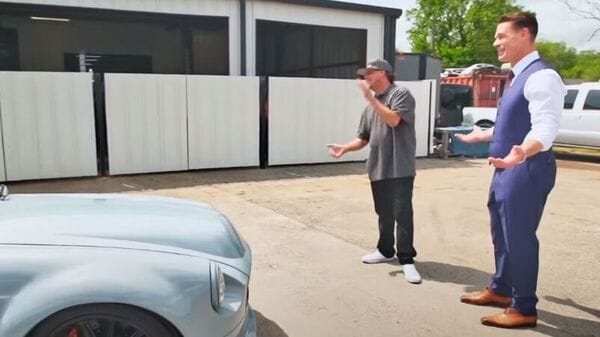 Screengrab taken from video posted on Youtube by MotorTrend Channel.

John Cena is now the proud owner of a 1969 MGC GT that has been custom fitted with a six-cylinder engine at its heart to give it some serious performance credentials. The professional wrestler who has also acted in several Hollywood movies does own several spectacular vehicles but the MG GT model makes no pretense of looking wacky and chooses to rather let its engine do the roaring on its behalf.

The 1969 MGC GT was originally fitted with a four-litre motor but because Cena may have a desire for all things that scream power, the vehicle has been customized with a 6.2-liter LS V8 from Chevrolet. While the entire vehicle weighs less than 1,000 kilos, there is some sublime level of power at its disposal - over 600 hp to be near precise. The engine is mated to a five-speed manual transmission because, hey, you would expect Cena to be an absolute driving enthusiast, right? 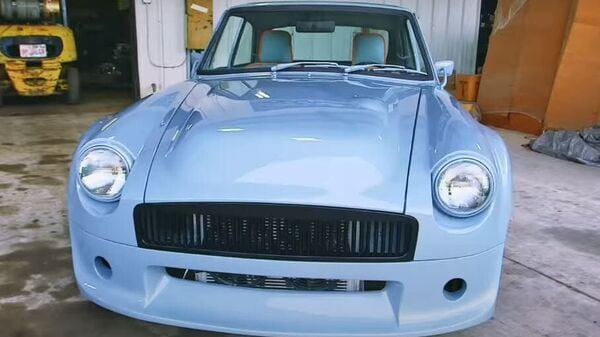 Screengrab taken from video posted on Youtube by MotorTrend Channel.

While the engine itself has been given an Orange hue, the entire paintwork of the vehicle is done in a shade of Blue. Even on the inside, the seats are in Blue but there is Orange piping. The cabin has been reworked almost entirely to equip it with modern-day touches and equipment.

And only and only because someone like Cena may otherwise find it difficult to get in and drive the vehicle, the seats inside the car have been moved back while the pedals have been shifted forward. At 6 feet tall, the 45-year-old seemed mighty impressed with all the work put in to customize the MG.