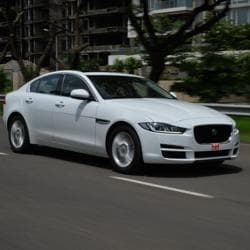 Jaguar’s XE diesel is a joy to drive. You’ll absolutely love the steering and there is a very natural balance to the car, especially when you’re driving fast through curvy roads.

Customers in the luxury sedan segment tend to prefer cars with a diesel engine, so while Jaguar does have a range of petrol XEs, it needed to add a diesel-engined variant to its range. The XE would have to take on rival cars like the diesel A4, 3-series and C-class, and this XE 20d is Jaguar's car for the job. The XE 20d is powered by Jaguar Land Rover's 2.0-litre, four-cylinder, Ingenium turbo-diesel engine that's finding its way under the hood of a lot of the company's cars these days. In this car, the Ingenium motor is tuned to make 180hp. The car makes 10hp less but 30Nm more than the A4 35 TDI and 320d's engines make. Merc's C 220d makes less power but the Jag doesn't make anywhere as close to the twin-turbo C 250d version's 204hp and 500Nm.

The Ingenium engine in this car feels punchy and sporty. In fact, it feels quicker than its 9sec 0-100kph time would suggest. You won't need to change gears manually because the eight-speed gearbox does such a good job of things on its own, it always seems to find the right gear for your speed. In Dynamic drive mode, the gearbox gets the best out of the engine and there's no delay in the build-up of power - the XE leaps forward as and when you need it to. The XE also adapts well to a relaxed driving style, and the gearbox keeps engine revs and noise levels low. A grouse we had is that the engine isn't as quiet as it ought to be. 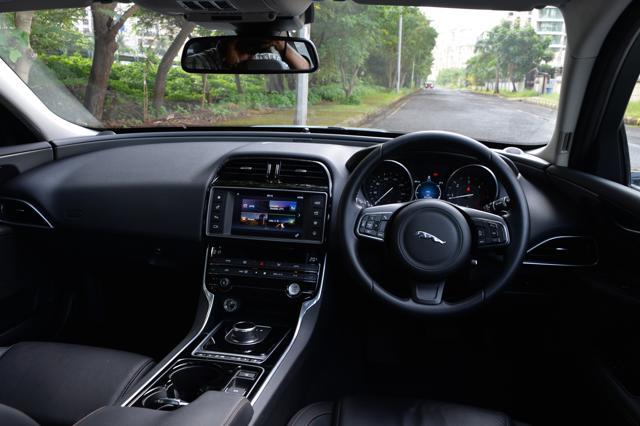 There's a grumble from the engine whenever you accelerate and there's a drone in the mid-range too. That feeling of calm you get in the beautifully insulated A4 35 TDI is missing in this car. However, the BMW 320d is noisier when you're seated in the cabin. It's actually the 320d that the XE 20d can be best clubbed together with. Both cars are designed to put the driver at the heart of the action. And like its petrol siblings, the XE diesel is a joy to drive. You'll absolutely love the steering and there is a very natural balance to the car, especially when you're driving fast through curvy roads. Ride quality, again like the petrols, is really good too. There is a great balance between body movement and suppleness in the way the suspension is set up, and only on occasion, will you feel the occasional speed bump filter through to the cabin. 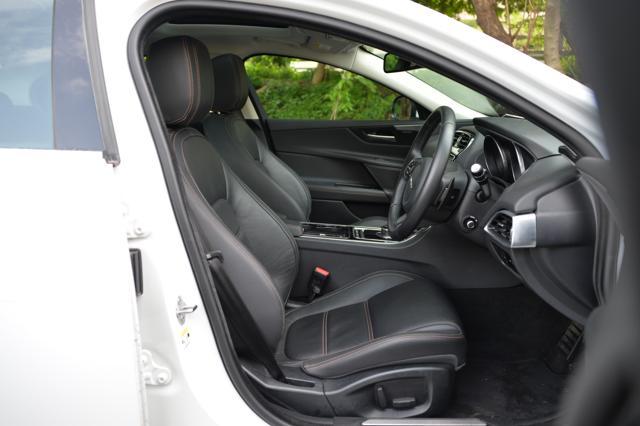 This car's weak point is its rear seat. While the seat itself is comfortable, legroom and headroom are at a premium - there isn't enough room to stretch out like there is in the other cars in this class. The best seat in the house, however, is the driver's seat. The trim you opt for dictates how much you'll like the cabin, however. The Base Pure and mid-spec Prestige versions get rather drab all-black interiors, while the fully loaded Portfolio trim's dual-tone combo looks and feels far more premium. Opt for a lower trim and other items you'll have to compromise on are the infotainment screen (smaller touchscreen) and sound system, aside from a few comfort features. We'd recommend stretching your budget and getting the Portfolio trim which, at ₹43.21 lakh (ex-showroom, India), costs about the same as some of its competition in their respective top-specs. However, the problem here is that, at that price, you also have the option of buying the 2.0-litre turbo-petrol-powered XE 25t Portfolio, which is about ₹1 lakh cheaper. Sure, it may be more expensive to run, but as a sporty sedan, the 240hp petrol does make a lot of sense to own as well, especially if you love driving.