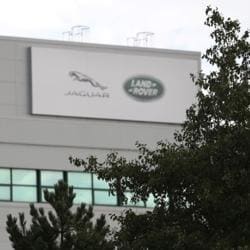 Tata Motors-owned Jaguar Land Rover (JLR) has reduced prices of select models by up to ₹10.9 lakh from immediate effect to pass on benefits of new tax rates under GST expected to be rolled out in July.

The estimated price reduction post GST, in case it comes into effect from July 1 2017 onwards, will be up to 12% and will vary from state to state on a model-wise basis, JLR India said in a statement.

Consequently, such price reduction linked benefits will be passed onto the customers with immediate effect on select stock of vehicles, it added.

On Land Rover models -- Discovery Sport and Range Rover Evoque, the benefits will vary from ₹3.3 lakh to ₹7.5 lakh, the company said.

These models are currently priced between ₹37.25 lakh and ₹1.02 crore (ex-showroom Delhi).

"Implementation of GST is a historical moment for India which will not only benefit consumers but is also expected to make the whole tax regime simpler and more transparent," said Rohit Suri, JLR India president and MD.

The company has proactively passed on benefits linked to the expected price reduction to customers with immediate effect but it will be valid only for June in case GST isn't implemented by July 1, he added.

On Monday, Ford India announced discounts of up to ₹30,000 on its compact SUV EcoSport, sedan Aspire and hatchback Figo.

Large cars are expected to become cheaper due to lower tax incidence under GST as compared to the current system.