Japanese auto major Honda Cars India on Wednesday relaunched its premium hatchback Jazz in India at a starting price of Rs 5.31 -7.29 lakh for the five petrol variants and Rs 6.5 -8.59 lakh across its diesel variants
By : Hindustan Times
| Updated on: 08 Jul 2015, 02:25 PM 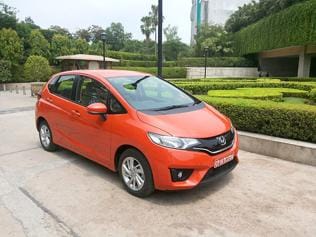 Japanese auto major Honda Cars India on Wednesday relaunched its premium hatchback Jazz in India at a starting price of ₹5.31 -7.29 lakh for the five petrol variants and ₹6.5 -8.59 lakh across its diesel variants. An automatic transmission available with the petrol engine comes in two variants priced at ₹6.99-8.59 lakh.

The company is hoping its dominance in the mid size sedan segment (City) will rub off on the Jazz that shares 60% of its components with the City. Unlike in the sedans where Honda is easily ahead of the pack, Jazz faces stiff competition from Hyundai's Elite i20, a runaway leader in the premium hatchback category with average sales of 12,000 units per month. Competition in the segment is also likely to intensify with the entry of market leader Maruti Suzuki's as yet unnamed car later this year.

'Nearly half the population in India is below 25 years of age and with the Jazz we are targeting young people looking for a stylish spacious as also a fun to drive car,' said Katsushi Inoue, president, Honda Cars India. 'The premium hatchback segment is one of the fastest growing segments in India and in anticipation of the Jazz we have invested ₹380 crore to expand capacity in our Rajasthan factory by 60,000 units per annum to take our overall capacity to 300,000 units per annum.'

'We expect petrol to account for 60% of sales and diesel will account for the rest,' said Jnaneswar Sen, senior vice president, marketing and sales, Honda Cars India Ltd. 'The market has changed radically from 2008 when we had launched the Jazz first and we have adapted the new car in line with the changing dynamics. We are confident the Jazz will be our next big success in India.'

First launched in Japan in 2001, around 5.5 million units of the car have been sold across 75 countries so far. In India Honda had first launched the car in 2008 with an attempt at creating a niche segment where customers do not mind paying more for a feature rich small car over a sedan. Customers were however, put off by its high price (nearly r 7 lakh for base petrol variant) and the lack of a diesel option also hampered its sales. After a botched attempt at revising the price in 2011, the company discontinued the car in 2013 to make space for its new range of cars such as Amaze and Mobilio.

To keep the price of the car under check this time, Honda has increased localisation levels in the car from 72% in the old Jazz to 95% in the new one, but has stripped it off many features in the base variants. Airbags, front fog lamps and parking camera are not on offer on the two base variants across powertrains while sophisticated safety features like anti lock brakes and electronic brake distribution system is not on offer for petrol version in the base two trims. This is a departure from the Jazz of 2008 where these features were standard and you paid more only for cosmetic additions.