Home Auto News Honda Fcv Clarity: This Could Be The New Normal, In The Near Future

Honda FCV Clarity: This could be the new normal, in the near future

Battery-electrics are leading the charge towards electrification. But what about fuel cell vehicles? We take the Honda FCV Clarity for a short spin.
By : Autocar
| Updated on: 30 Dec 2017, 09:34 AM 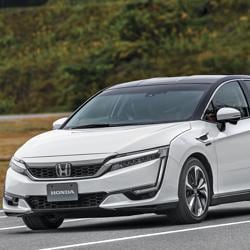 Honda has been working on fuel cell vehicles for over two decades and the FCV Clarity that was launched in Japan, and parts of Europe and USA last year, marks a big step in the journey.

The Honda FCV Clarity is the first fuel cell vehicle I've been around and I can't seem to understand what the fuss is all about. I'm to be driven around a short course before taking the wheel myself a few minutes later, but from whatever I've seen of the car in action at Honda's R&D headquarters in Tochigi, Japan, it doesn't seem like a science experiment on wheels. Even when I get inside, I find that the doors shut with a nice thud, the rear seat has space for three (a big deal, as I learn later) and though the seating position on the rear bench is a bit knees-up, it's quite a comfortable place to be. It's so, for a lack of a better word, normal; the fact that the Clarity feels like this actually means a job well done by the team responsible for the car. Feedback from FCX Clarity (predecessor to the FCV Clarity) leasers was for a car that was as practical as a like-sized petrol-powered sedan. 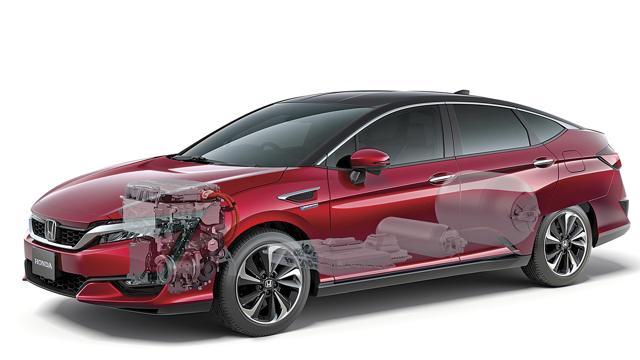 Honda has been working on fuel cell vehicles for over two decades and the FCV Clarity that was launched in Japan, and parts of Europe and USA last year, marks a big step in the journey. Like on other fuel cell vehicles, here too hydrogen stored onboard reacts with oxygen in a cell, creating electricity which powers the drive motor, with water being the only by-product of the process. The big breakthrough on the Clarity, however, has been in reducing the size of the fuel cell stack while increasing its volumetric power density. The FCV Clarity's fuel cell stack is a third smaller than the FCX's and the smaller size has allowed it to be positioned under the bonnet rather than in the centre tunnel, making a middle rear seat possible. The entire fuel cell powertrain comprising the fuel cell stack, hydrogen and air supply system, and drive mechanism are now combined in one package that is similar in dimension to a petrol V6. Peak power is 130kW or about 177hp. Two high-pressure tanks of differing sizes store the hydrogen while a lithium-ion battery pack under the floor stores electricity generated from the fuel cell and regenerative braking. 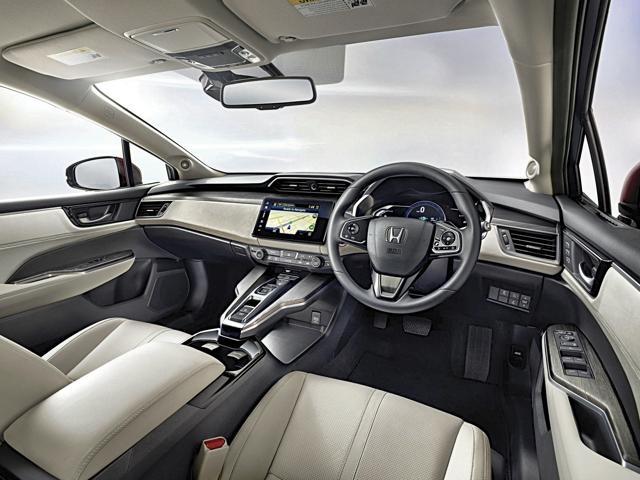 Driving the Clarity feels like driving a standard battery-electric car. Initial acceleration is strong and the Clarity responds well to throttle inputs on the go, but power also tails out quite soon. Expectedly, there's little noise except a mild whirr from the air compressor force-feeding air to the fuel cell stack. It's an unemotive means of transport, really. Actually, make that unemotive means of long-distance transport. Honda claims a filling time of 3min and a cruising range of as much as 750km. Sure beats charging a battery electric vehicle every other day. 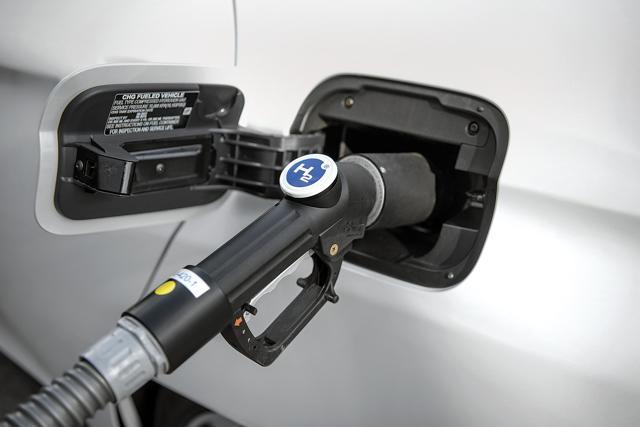 So the Clarity has a long range, emits only water and uses hydrogen, only the most abundant element on earth. Sounds too good to be true? There is a catch. Hydrogen is generally found in compounds with other elements (including in fuel) and separating it is an expensive process and, depending on the method used, also polluting. Storage and distribution are other roadblocks which is why the availability of hydrogen fuel cell vehicles is so far restricted to small pockets the world over. For us in India, the closest hydrogen pump is a few thousand kilometres away.

You can safely rule out fuel cells coming to India in the next decade or two but who knows FCVs like the Clarity could just become the new normal elsewhere in the world in the very near future.