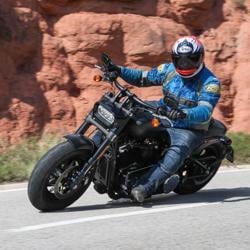 The new Fat Bob was designed for the zombie apocalypse

Of the eight new Softails launched internationally, four are headed to India. But the most radical looking of these has to be the Fat Bob, so we decided to give it a go first. In Harley's own words, the new Fat Bob was designed for the zombie apocalypse, and I have no difficulty in believing that it would look perfect ridden by Milla Jovovich in the next Resident Evil movie. The muscular look of the Fat Bob is further enhanced by the extremely short, chopped fenders at both ends. However, the empty space under the rear fender makes it looks like something is missing from the back of the bike. While the entire 2018 Softail range gets LED headlights, the Fat Bob's rectangular headlamp unit is extremely unique and plays a big part in the wild look Harley was going for with this bike.

At the heart of the new Softails is a common engine and chassis architecture that is a departure from traditional Harley-Davidson engineering in many ways. The Milwaukee-Eight is available in two different capacities - the 114 (1,868cc) and the 107 (1,745cc), with India only getting the latter spec. For the new Softails, the engine has been updated with twin counter-balancers, making the vibrations a lot lower than before; this has allowed the engineers at Harley to attach the motor to the new frame without rubber mounts, essentially letting it become a stressed member of the chassis. There is also a slight drop in the peak torque figure, which now sits at 145Nm which comes in a bit lower at 3,000rpm. 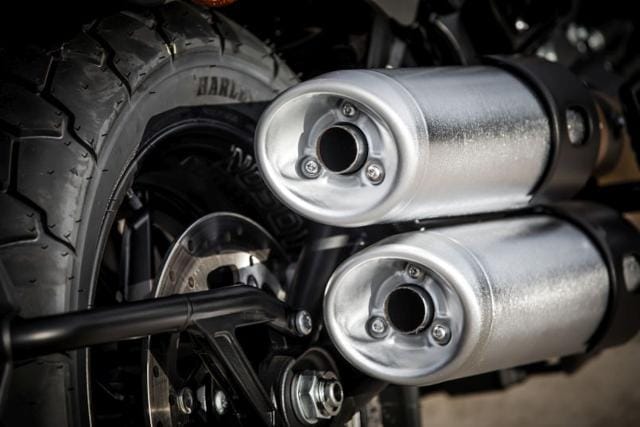 Harley says that it has also worked on improving heat management of this motor. The exhaust valves are oil-cooled ('precision oil cooling' in Harley speak), and the traditional underseat oil reservoir has been dumped in favour of an oil pan in the engine sump. The latter is supposed to reduce the amount of heat felt by riders. However, on our ride through the Spanish countryside outside Barcelona, the ambient temperature was quite low, so we will reserve judgement on how much of this engine heat is perceptible for when we ride the bikes in India. The one big advantage of more efficient cooling has been a bump up in compression ratio compared to older Harley-Davidson motors resulting in a motor that's quick to rev.

While torque may have dropped, performance has actually gone up, thanks to a healthy weight loss programme that has seen reductions of about 6 to 8kg just for the chassis and up to 17kg overall. And speaking about the chassis, the newly designed frame is said to be 65 percent stiffer than that on the outgoing Softail models. There are slight variations in the frames of all the new Softail bikes ranging from varying steering head angle suiting each design and riding style, as well as two variations in swing arm widths to accommodate different sized rear tyres. The swing arms along with the rear suspension have been completely redesigned and are similar to the new Triumph Bobber's 'swing cage' setup with a monoshock hidden under the seat. Apart from the obvious benefits to ride quality and handling, this has allowed for a traditional Harley-Davidson hard-tail look. 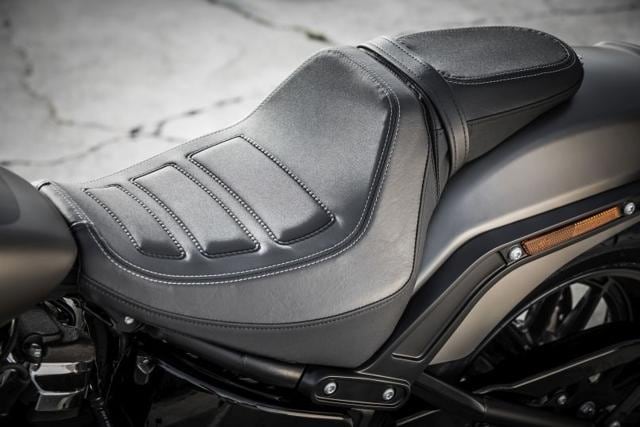 Front suspension too has seen a massive update, with the bikes getting Showa dual-bending valve forks for a significantly improved handling package, except for the Fat Bob which gets even sportier inverted forks. So strong is this new mantra for improving handling that even the six-speed transmission has been lifted up by a few degrees to improve the bikes' cornering clearance. 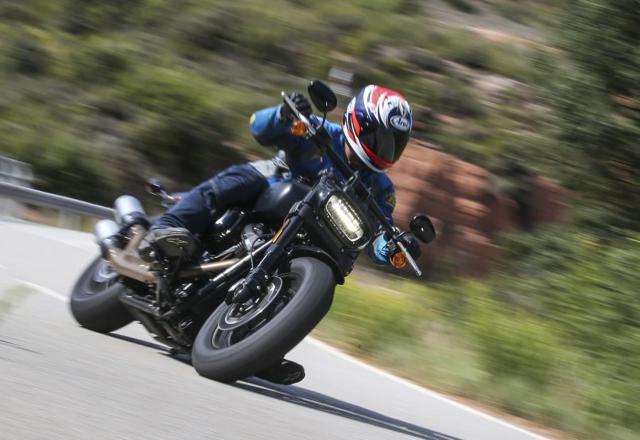 The Fat Bob is meant to be the performance model from the new Softail range and the way it has been set-up attests to that. The Fat Bob, along with the other India-bound Softails will be launched by mid-October in the country. As we've seen with the company's updated Milwaukee-Eight-powered Touring line-up that came last year, prices are likely be bumped up a bit. With the older Fat Bob costing ₹13.5 lakh (ex-showroom, India), we expect that the new one to be priced between ₹14.5 lakh and ₹15 lakh. It's definitely a bit on the pricier side, but easily justifiable considering just how good the Fat Bob has now become.