Corporate and private investors have poured at least $2.3 billion into more than 100 aerial vehicle startups, including drones and electric air taxis. GM is weighing all options - whether to build, supply or partner - as it decides whether to join such automakers as Hyundai Motor Co, Toyota etc.
By : HT Auto Desk
| Updated on: 15 Sep 2020, 09:04 PM 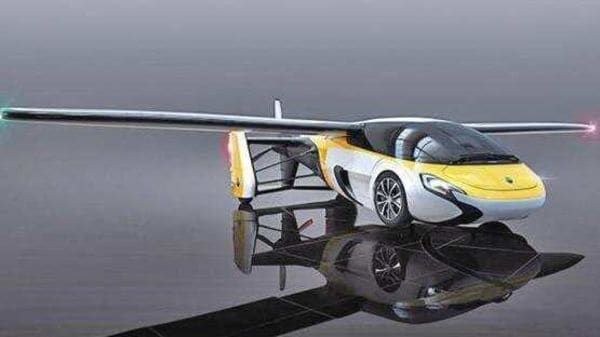 File photo of a flying car concept design used for representational purpose only.

General Motors, the US carmaker is exploring possibilities in the aerial taxi market, including whether to build the vehicles known colloquially as "flying cars," as part of a push to look for growth in related transportation markets, two people familiar with the matter said.

Chief Executive Mary Barra on Monday briefly made her first reference ever to Detroit-based GM's interest in the air taxi market. It fits with development of electric vehicles (EVs) and its Ultium advanced electric battery.

"We believe strongly in our EV future and not just for vehicles," she said at an RBC conference. "The strength and flexibility of our Ultium battery system opens doors" for many uses, she added, "including aerial mobility."

GM spokesman Stuart Fowle declined to elaborate. "It's an area we're really excited about and looking at."

Corporate and private investors have poured at least $2.3 billion into more than 100 aerial vehicle startups, including drones and electric air taxis, but the technology still faces significant roadblocks to commercialization and profitability, according to investor website PitchBook.

GM is weighing all options - whether to build, supply or partner - as it decides whether to join such automakers as Hyundai Motor Co, Toyota Motor Corp, Daimler AG, Volkswagen AG and Geely Automobile in the still-developing market, said the sources, who asked not to be identified. GM could make an announcement early next year.

GM's study of the aerial mobility market is part of the push by GM's innovation group to explore other transportation markets for growth, one of the sources said. The group is headed by Alan Wexler, who reports to Barra and was hired in July in the newly created position of senior vice president of innovation and growth.