Genesis Essentia electric coupe could have multiple electric motors and will be able to race between zero and 100 kmph in about three seconds.
By : HT Auto Desk
| Updated on: 29 Mar 2021, 01:00 PM 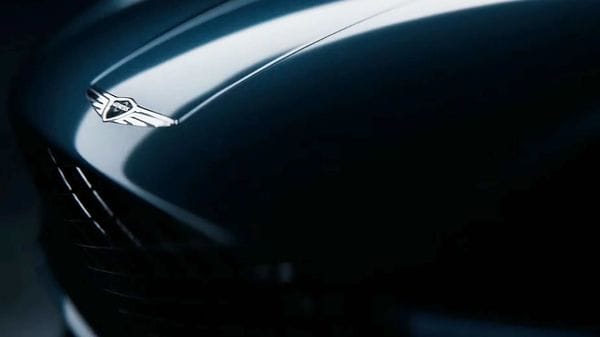 Screengrab from the teaser video of a new electric coupe concept from Genesis.

Luxury car manufacturer Genesis has just released a teaser video for its upcoming electric coupe concept car, hinting that the electric vehicle is closer to its debut. The teaser gives a brief look at the design of the car that is thought to be the new generation Essentia.

The video clearly shows the distinctive Genesis grille, flanked by headlamps in two casings. The headlights, which appear to be LED matrix, does not look like carrying the same lighting elements as in the rest of the Genesis lineup. However, it bears a striking resemblance to the long, narrow headlamps found on the Genesis Essentia. The car also appears to have the same sleek taillights and concave rear as the Essentia. The headlights extend all the way into the sides of the fenders through the front wheels.

Another interesting thing about the video is that the new concept appears to feature an updated shield-like grille, which now adorns all the company's models. But it wasn't introduced when Essentia was first launched.

At the rear, the vehicle gets a muscular haunch which makes the exterior of the electric vehicle bolder. The taillights carry the lighting pattern seen on the headlights at the front. The video also shows a glimpse of the interior which hints at an orb that flips to reveal the gear selector and drive mode toggle.

There is no word yet on the powertrain or range of the concept model. However, it is believed that the Genesis Essentia electric coupe will have multiple electric motors and will be able to race between zero and 100 kmph in about three seconds.

While all signs seem to point to this new concept as a more production-ready Essentia with the company's design language, the official debut of the electric car is likely to take place on March 31.

The Genesis Essentia concept car was showcased for the first time in 2018 at the New York Auto Show.