The automaker will add 300 jobs at the plant as it begins building hybrid and fully electric versions of its best-selling F-150 pickup over the next few years.
By : Bloomberg
| Updated on: 18 Dec 2019, 10:14 AM 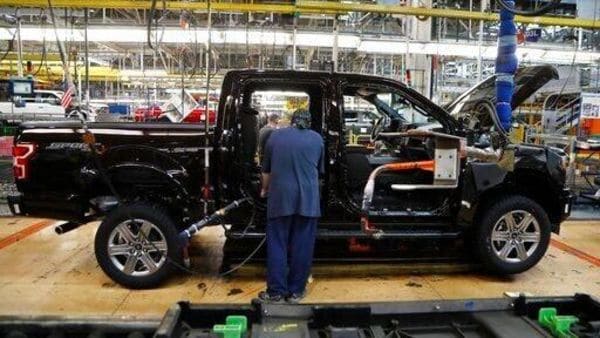 Ford Motor Co. said it is adding 3,000 jobs at two factories near Detroit and investing $1.45 billion in those plants as it revamps SUV and truck models and adds new electric and self-driving cars.

The second-largest U.S. automaker is putting $750 million into a factory in Wayne, Michigan, and adding 2,700 jobs over the next three years to build Ranger mid-size pickups and the revived Bronco sports utility vehicle coming next year, the company said in a statement. The facility also will get a new “modification center" to complete Ford’s first autonomous vehicles starting in 2021.

Ford is spending another $700 million on its full-size pickup truck plant in Dearborn, Michigan, at what is known as the Rouge manufacturing complex. The automaker will add 300 jobs at the plant as it begins building hybrid and fully electric versions of its best-selling F-150 pickup over the next few years.

The investments were negotiated this fall in contract talks with the United Auto Workers union, but Ford is revealing details on the scope of the spending plans and new jobs for the first time. The automaker said the moves will bolster its position as the top producer of vehicles in America and largest employer of UAW-represented workers.

“At Ford, we are investing aggressively in building on our strengths today -- including trucks and SUVs -- while at the same time expanding our leadership into electric and autonomous vehicles," Joe Hinrichs, Ford’s automotive president, said in the statement.