Ferrari Dino to return 40 years after the original’s launch

Ferrari's new chairman, Sergio Marchionne, has confirmed that the rumors are true and it is indeed dusting off the Dino badge for an all-new V6 model.
By : AFP
| Updated on: 08 Jun 2015, 10:40 AM 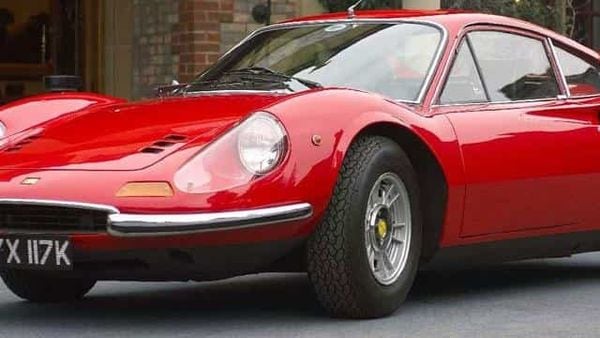 Ferrari's new chairman, Sergio Marchionne, has confirmed that the rumors are true and it is indeed dusting off the Dino badge for an all-new V6 model.

The news has generated ripples of excitement within the Ferrari-owning community. The original Dino 206 GT and its successors, the 246 GT coupe and GTS targa are among the most cherished and collectible of Ferrari classics.

However, if those ripples are to turn into a tidal wave of enthusiasm, the company is going to have to build something worthy of the hallowed Dino emblem.

The original Dino debuted in 1968 and was a revolutionary Ferrari in a number of ways. Firstly, it was 'affordable' in supercar terms at least. It was mid-engine and as a result its handling surgical, and that engine was a 2-liter V6, not a V12. It was the first Ferrari built for the road, not the track, looked beautiful thanks to Pininfarina's flowing curves. And lastly, it was called 'Dino' in honor of Enzo Ferrari's son, Alfredo 'Dino' Ferrari.

There is not a single 'Ferrari' badge or reference anywhere on the car. The name 'Dino' was chosen because during his short life, (Dino died, aged 24 in 1956 form muscular dystrophy) he had pestered his father about developing a V6. And that name lived on until 1976 when Dinos becaome Ferraris.

Marchionne has stressed that the new Dino isn't simply a stroll down an automotive memory line, nor is it a cynical attempt to increase sales volumes without diluting the core Ferrari brand. The car will have a mid-mounted V6, like the original, however it will get two turbochargers and be capable of outputting more than 500bhp.

'We may produce a 500 horsepower Ferrari but it will not be a cheap Ferrari,' Marchionne told Autocar. 'The brand is unique and needs to be protected. I would always rather build 500 fewer cars than the market demanded rather than 500 more. We must not mess with customer expectations of Ferrari as an exclusive brand.'

With more than 500hp on tap, and at a price point expected to be around €180000, it could be a direct challenger to the Porsche 911 Turbo, Audi R8, Aston Martin Vantage and the new McLaren 570S.

It would also have the added benefit of reducing Ferrari's average CO2 emissions in line with EU regulations once it becomes independent of parent company, Fiat.

As for when it will become a reality, don't expect to see a new Dino until 2018. But, if it's as good as Marchionne is promising, it will be worth the wait.