European governments are slowly relaxing lockdown rules and factories are firing up again, fueling hopes that April will mark the trough, followed by a recovery similar to the one in China.
By : Bloomberg
| Updated on: 19 May 2020, 12:15 PM 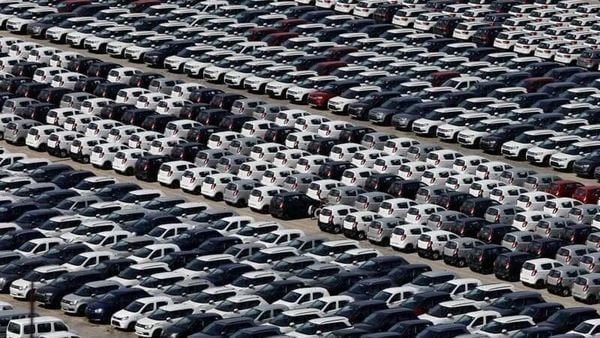 European car sales virtually stopped in April, dropping the most on record after the coronavirus halted production and closed dealerships from Spain to Germany.

Passenger vehicle registrations in the European Union, the European Free Trade Association and the U.K. fell 78% year-over-year. Companies sold just 292,182 cars -- the lowest number since data-gathering began in 1990, and a further drop from March, itself a month of plummeting sales, the European Automobile Manufacturers Association said Tuesday.

Carmakers from Ford Motor Co. to Volkswagen AG have warned they’ll lose money because of the pandemic, which has shuttered factories and showrooms at a sensitive time. Manufacturers are increasing spending on electric vehicles to meet tougher emissions regulations and need profits from conventional cars to fund those investments.

European governments are slowly relaxing lockdown rules and factories are firing up again, fueling hopes that April will mark the trough, followed by a recovery similar to the one in China, where auto sales rebounded last month. But European consumer behavior remains uncertain because of shaky investor confidence and concerns that restrictions could be tightened again in the event of a second wave of infections.

Every single European nation reported falling registrations last month, from a 61% drop in Germany, the region’s largest market, to a 97% plunge in Spain, where just over 4,100 cars were sold. The U.K., Italy and France posted similar declines.

Sales have dropped about 40% during the first four months of the year, in a sign that a full recovery will take some time. European car sales are forecast to decline as much as 20% in 2020, according to Bloomberg Intelligence’s Michael Dean.

To counter the slump, Volkswagen held back on a decision to build a new factory in Turkey, is temporarily idling some assembly lines at its largest factory in Wolfsburg and is offering customers improved financing conditions and protected rates should buyers lose their jobs. Amid uncertainty how quickly a recovery might happen, Fiat Chrysler Automobiles NV is negotiating a state-backed credit line of as much as 6.3 billion euros ($6.9 billion) to help shore up its balance sheet, the company said Saturday.

Governments in Europe are debating how much help the auto industry should get -- while ensuring not to neglect other sectors facing similar problems. Chancellor Angela Merkel this month dashed the powerful German car industry’s hopes for immediate auto purchasing subsidies, with her government deferring a decision until June. France’s Finance Minister Bruno le Maire said his country would come up with support measures by the end of next month.

Hope -- and a possible glimpse into Europe’s near future -- is coming from China, where authorities have controlled the pandemic and new consumer trends are emerging.

Demand in the world’s largest auto market is recovering as many first-time buyers look for new ways to get around while staying off buses and trains that could expose them to the virus, Volkswagen’s China chief said earlier this month.