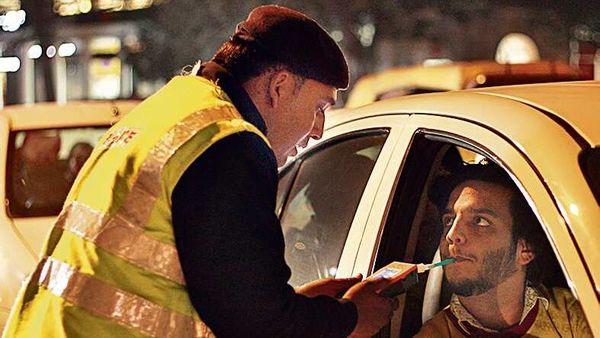 Jason Levine, executive director of the Center for Auto Safety, which lobbies for more stringent auto safety rules, applauded the inclusion of the measures but said more needs to be done and he hopes the House will beef up the provisions.

New cars will be required to have technology to detect drunk drivers and a system to keep children from being accidentally left in vehicles on hot days under a series of long-sought safety measures included in the infrastructure bill awaiting a vote in the US Senate.

Other provisions included in the 2,702-page bill are a mandate for automatic emergency braking and crash avoidance systems for new cars, and rear guards for semitrailer trucks to keep the passenger compartments of cars from being crushed in rear-impact collisions.

Jason Levine, executive director of the Center for Auto Safety, which lobbies for more stringent auto safety rules, applauded the inclusion of the measures but said more needs to be done and he hopes the House will beef up the provisions.

“There is little question our nation is long overdue for critical updates to our infrastructure especially when it comes to vehicle safety and the rising tide of preventable car crash deaths," he said.

Although people in the US drove less in 2020 because of the pandemic, an estimated 38,680 people died in traffic crashes, which is the highest number of annual deaths since 2007, according to a release from the National Highway Traffic Safety Administration in June. The number of US traffic deaths rose by 7.2% from the previous year, despite the 13.2% decrease in vehicle miles traveled.

John Bozzella, president and CEO of the Alliance for Automotive Innovation, which lobbies for major automakers, said in a statement the auto industry “has long been committed to supporting public and private efforts" to address road safety.

“We appreciate the efforts of congressional leaders and other stakeholders to advance a legislative approach that provides NHTSA the ability to review all potential technologies as options for federal regulation and, consistent with the Motor Vehicle Safety Act, to make a well-informed decision as to whether any specific technologies meet the standard for consumer vehicles," he said.

Backers say the anti-drunk driving provisions in the measure would drastically reduce the number of deaths that occur on US roads.

“This is the most significant rulemaking in NHTSA’s history," Stephanie Manning, chief government affairs officer for Mothers Against Drunk Driving, said. “Every year we wait, thousands of people will die."

The provision mirrors legislation that Representative Debbie Dingell has championed for several years. It orders NHTSA to study the feasibility of various technologies and establish a final rule within three years mandating some form of anti-drunk driving technology.

Among the systems that have been studied are ones that monitor a driver for signs of distracted, impaired or fatigued driving. One uses sensors that scan drivers’ eyes for signs that are similar to ones that police officers look for when they suspect impairment during traffic stops.

“We can’t wait any longer to make our roads safer from drunk driving accidents," Dingell, a Michigan Democrat, said in a statement. “The inclusion of my bill in the bipartisan infrastructure package will help incentivize the development and implementation of technology to stop drunk driving once and for all and save lives."

A measure to combat deaths of children inadvertently left in a car on hot days calls for a “door logic" alert that reminds a driver that a rear door had been opened and closed prior to the engine starting. The alert tells the driver when the engine is turned off to check the back seat.

Janette Fennell, president of Kids and Car Safety, said she wished the bill had gone further to prevent the accidental deaths of children. Since 1990, she said, more than 1,000 children had died in hot cars.

“The Senate version is only requesting a reminder system that does not detect anything," Fennell said. “It does not let you know if there is an actual child in the back seat."

Senator Ed Markey, a Massachusetts Democrat who has been advocating for more auto safety legislation, said that variations of bills he has introduced are included in the package, including ones related to seat-back failure, distracted driving and recalls, but he will still be pushing for more.

“We must still fight to improve this bill before it becomes law," Markey said. “That’s why I will be offering several amendments to strengthen my existing safety provisions and remove dangerous proposals that could undermine some of the rules we already have on the books."

The measure “will also help bolster car seatback standards, and improve auto recalls and driver-assistance systems," Blumenthal said. He promised to “fight to strengthen these measures during the amendment process, and push to remove harmful teen truck driver and hours-of-service exemption provisions that would make trucking more dangerous to boost safety on our roads."

Any changes to the bill will be difficult and require broad agreement. Amendments will need 60 votes to pass.

Cathy Chase, president of Advocates for Highway and Auto Safety, said it is important for Congress to address auto safety, but she said she wishes the bipartisan infrastructure measure would have gone even further.

“The past year-and-a-half has been exceptionally deadly for motorists and other road users," Chase said in a statement. “This alarming fatal upward trend must be met with the advancement of available, game-changing safety technologies and other upgrades."

Levine, the Center for Auto Safety director, agreed lawmakers should do more in addition to passing the safety provisions that are included in the Senate’s infrastructure bill.

“We are looking forward to a robust legislative process, that includes the House of Representatives, which provides as much safety as possible for every driver, passenger, and pedestrian in America," he said.

Levine and Chase were among representatives of 14 safety organizations, ranging from the National Coalition for Safer Roads to Parents Against Tired Truckers, that released a statement saying the Senate’s bill “fails to address the mounting physical, emotional and economic toll of motor vehicle crashes occurring every year."