Home Auto News Driving In Green Zone During Lockdown 3.0? Here's All You Need To Know

Driving in Green Zone during Lockdown 3.0? Here's all you need to know 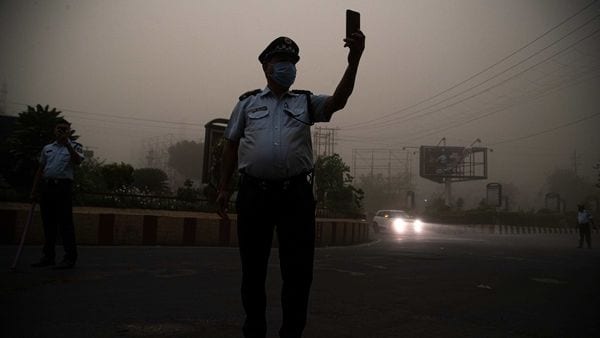 Restrictions on taking out vehicles have been eased but mostly in green zones only. (File photo)

Cars will be allowed to ply with only three persons per vehicle, including the driver while for two wheelers, pillion riders will not be allowed in the Red Zone, according to the guidelines issued with the announcement of extension of the nationwide lockdown for another 14 days till May 17.

Taxis and cab aggregators with one driver and two passengers are allowed in the Orange zone-- those districts which are neither defined as Red nor Green. However, inter-district and intra-district plying of buses are prohibited in Orange zone.

Four wheeler vehicles will have maximum two passengers besides the vehicle driver; for two wheelers, pillion rider is not allowed in the Red Zone, reads the guidelines issued with the announcement of extension of nationwide lockdown for another 14 days beginning on May 4.

Buses with 50 per cent seating capacity can operate and no state or Union Territory (UT) shall stop the movement of cargo for cross land-border trade treaties with neighbouring countries in Green Zones during lockdown 3.0, a first such move after continuous 38-day shutdown imposed across India.

The relaxations have been permitted in the fresh guidelines issued by the Ministry of Home Affairs (MHA) soon after it announced extension of lockdown for another 14 days till May 17 splitting the country into three zones -- Red, Green and Orange.

As per the guidelines, the bus depots can operate with upto 50 per cent capacity in the Green zones, which will be districts with either zero confirmed cases till date or no confirmed case in the last 21 days. "All other activities will be permitted in the Green zone which are not prohibited by the MHA irrespective of zones," the guidelines mentioned.

"However, states, UTs based on their assessment of the situation, and with the primary objective of keeping the spread of COVID-19 in check, may allow only select activities other than the permitted activities, with such restrictions as felt necessary." All states shall allow inter-state movement of goods and cargo, including empty trucks. No state or UT shall stop the movement of cargo for cross land-border trade treaties with neighbouring countries.

"No separate fresh permission is required from authorities for activities already permitted to operate under the guidelines. Standard Operating Procedures (SOP) on transit arrangement for foreign nationals in India and releases of quarantine persons; movement of stranded workers, pilgrims, tourists, students and other persons by trains; sign-on and sign-off of India seafarers will be covered under the Green zone."

"Inter-district movement of individuals and vehicles, only for permitted activities will be allowed in the Orange Zone (outside containment zones) and four wheeler vehicles will have maximum two passengers besides the driver."

The classification of districts as Red Zones will take into account the total number of active cases, doubling rate of confirmed cases, extent of testing and surveillance feedback from the districts.