Sri Lanka's president declared a state of emergency on Friday after the island nation witnessed massive protests over sharp rise in fuel prices, shortage of essentials and massive power outages.
By : HT Auto Desk
| Updated on: 02 Apr 2022, 11:59 AM 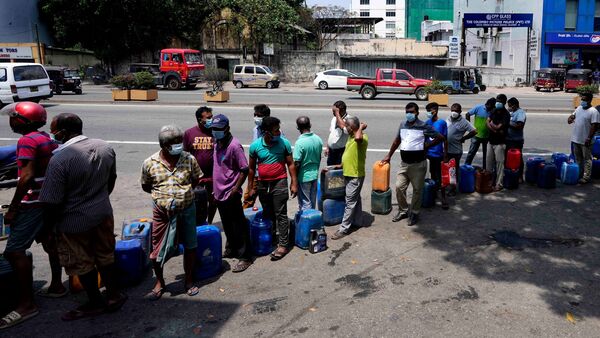 Sri Lanka may breathe a temporary sigh of relief as ship carrying 40,000 tonnes of diesel from India has reached the island nation. Sri Lanka slipped into a state of emergency on Friday after massive protests across the country over rising prices of petrol and diesel amid fuel shortage which has triggered long power outages besides shortage of essential items like food and medicine.

Besides the 40,000 tonnes of diesel, the Lanka IOC has also supplied 6000 MT of fuel to the Ceylon Electricity Board to generate electricity. Lank IOC is a subsidiary of Indian Oil Corporation (IOC). The fuel has been supplied to the Kerawalapitiya Power Plant in Sri Lanka which has was shut down recently due to lack of fuel.

Sri Lanka ran out of diesel this week which crippled the transport sector in the island nation. Sri Lanka uses diesel as the main fuel for public transport vehicles like buses and trucks. The Sri Lankan government lacks foreign currency which is used to pay for fuel imports. Sri Lanka imports all of its petroleum requirements while India imports nearly 85% of its needs.

The price of petrol in the country reached around 250 Sri Lankan rupees or approximately ₹66.79 per litre while diesel rate per litre is at around 200 Sri Lankan rupees or approximately ₹53.43. Long queues are seen outside fuel stations across the island nation. The queue is about a kilometre long in some places. In Colombo, about half of the petrol pumps have been shut due to fuel shortage.

Diesel shortage led to an unprecedented power crisis in Sri Lanka. The island nation has been witnessing the worst power outages for the last few days. According to some, it is the worst crisis in the last 25 years.

In India too, fuel prices have been skyrocketing ever since oil companies have started to revise the rates daily since March 22. In the tenth hike in 12 days, price of petrol and diesel have gone up by more than ₹7 per litre.