Coronavirus-related disruptions added to earlier stresses in the sector, including a reduction in government subsidies.
By : Bloomberg
| Updated on: 12 Mar 2020, 10:22 AM 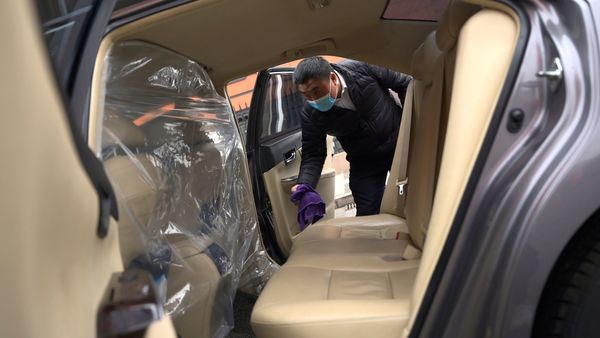 China’s electric carmakers need to return production to normal levels in the next few months to prevent a bigger hit to supply chains already pressured by an unprecedented plunge in auto sales, according to the country’s third-biggest producer of batteries for the sector.

Guoxuan High-Tech Co.’s operations have been negatively affected by the coronavirus crisis, Chairman Li Zhen said in a phone interview, as the outbreak paralyzed swathes of Asia’s top economy and triggered a record fall in auto sales. The firm makes rechargeable batteries for Chinese carmakers including SAIC Motor Corp. and Chery Automobile Co.

“It’s still manageable at the moment, and will be OK if customers such as car companies can quickly resume production this month," he said. “But if that is not improved between March and May, it will bring relatively greater challenges to our sales goals."

China’s purchases of new energy vehicles collapsed 78% in February, in line with the drop in the wider auto market, as customers stayed away from showrooms. Coronavirus-related disruptions added to earlier stresses in the sector, including a reduction in government subsidies.

Li said he’s optimistic given the health emergency in China appears to be easing and there’s prospects for government stimulus. But Guoxuan, like many of manufacturers across the country, is waiting for demand to return amid a slow resumption of activity.

New energy transport is a strategic priority for Beijing and may get support as President Xi Jinping tries to reboot the economy. BloombergNEF expects battery demand to grow somewhere between 6% and 15% this year, down from an earlier forecast for a 19% expansion, it said last month.

Guoxuan is a modest rival to Chinese battery giants Contemporary Amperex Technology Co. and BYD Co. Those two have a combined 68% market share, compared with 5% for Guoxuan, according to BloombergNEF.

Aside from the recent crisis, challenges for the industry include reduced subsidies for EVs and keeping up with advances in battery technology, Li said March 6. “The industry also requires higher capital expenditure, which further spurs consolidation and intensifies concentration among the top players."

Li’s firm can become a top 5 global battery supplier, he said, and aims to expand capacity nearly fivefold to 100 gigawatt hours to feed expansion both within China and overseas. CATL has 55 GWh of capacity.

The battery maker is in talks with four to five international carmakers for potential cooperation on batteries, Steven Cai, head of Gotion High Tech Engineering R&D, a department of Guoxuan, said in the same interview. Guoxuan held wide-ranging discussions with Volkswagen AG as the German car giant looks to expand its EV fleet, it said in January.

Also from the interview: