A Canadian recall of defective airbags manufactured by embattled Japanese auto parts giant Takata grew to an estimated 1.5 million Thursday.
By : AFP
| Updated on: 29 May 2015, 03:22 PM 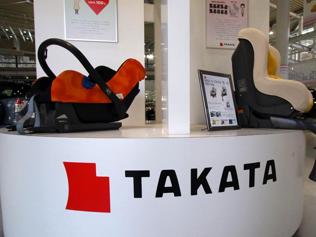 The number of affected cars was an increase from a previous recall, though the agency did not provide specific numbers.

The defect -- thought to be linked to a chemical propellant that helps inflate the airbags -- can cause them to deploy with explosive force, sending metal shrapnel hurtling toward drivers and passengers.

There have been no reported 'abnormal deployments' of the airbags in Canada, according to Transport Canada. But the defect has been linked to as many as six deaths and scores of injuries elsewhere.

Earlier in May, Takata acknowledged the potentially deadly defect for the first time as it agreed to double a US recall to a record nearly 34 million vehicles.