Established automakers have now started looking at electric vehicles as probable money-making machines after years of seeing the battery-powered vehicles injure their profits.
By : Bloomberg
| Updated on: 04 Apr 2021, 17:29 PM

Automotive CEOs for years warned that making electric cars would devastate profits. They’re now saying the margins on them may not be so bad after all.

Executives from Ford Motor Co. to Volkswagen AG have made bullish statements on their electric forays in recent weeks, forecasting that battery-powered cars will be as profitable as combustion-engine models around mid-decade.

Until recently, automakers at times openly lamented the massive cost of developing electric drivetrains and retooling factories. They built halfheartedly designed electric vehicles that were limited in range and expensive to make, with Fiat Chrysler’s former chief executive going so far as to plead with customers not to buy a model that lost the company money. Now that manufacturers are churning out models purpose-built to be electric and benefiting from falling battery prices, the math is looking much better.

(Also read | EVs not yet priority for Volkswagen in India. Here's why)

“There are even signs that the EV business could be at least as good as the business with the conventional cars," Volkswagen Chief Executive Officer Herbert Diess said during a March 16 earnings call. 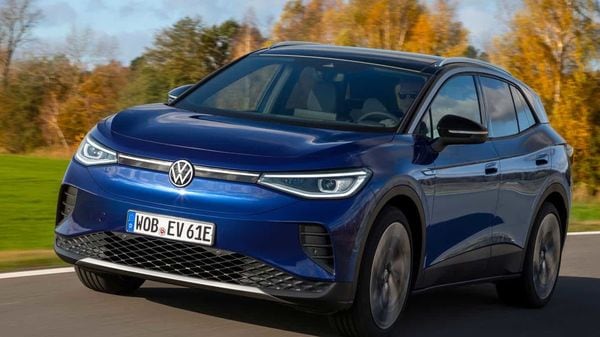 The German manufacturer is a prime example of how much things have changed. In 2015, VW admitted to rigging millions of diesel engines to hide how dirty they were. It’s now the top EV maker in Europe after developing a standardized platform to underpin dozens of new electric models.

Diess is betting that platform sharing and greater control over batteries -- VW plans to have six cell factories across Europe -- will help bolster profitability. The company plans to use its massive scale -- it owns a dozen brands, including Porsche and Audi -- to pool resources and drive down costs.

The group’s main VW brand expects EV margins to hit a tipping point around 2025. Returns for the ID.4 SUV, which is just starting sales, will be “more or less similar" to a comparable combustion model, according to the brand’s CEO Ralf Brandstaetter.

The group’s budget businesses will take longer to make money, according to Arndt Ellinghorst, an analyst at Sanford C. Bernstein. He estimates that battery prices would have to drop to $60 per kilowatt-hour from current levels of roughly $140 per kilowatt-hour for the likes of Skoda and Seat to profitably make EVs.

For General Motors Co. CEO Mary Barra, EVs offer a way to expand the automaker’s market share in the U.S. GM sent its stock price soaring in January when it said it wanted to phase out gas and diesel cars by 2035.

“Especially if you look at in the United States on the coast, we don’t get what I would say is our fair share of the market," Barra said during GM’s Feb. 10 earnings call.

EV margins will match what they are today for combustion-engine cars by the “mid or later part of the decade," she said. BMW AG is introducing an electric-focused platform by mid-decade and expects it to deliver returns on par with combustion-engine models.

The fact that BMW is sticking to its long-term margin target shows that the manufacturer is confident on EV profitability, Chief Financial Officer Nicolas Peter said Wednesday.

The reduced complexity of EVs means less spending on drivetrain parts, while the electric transition has forced automakers to raise efficiencies, he told reporters.

Ford shares also have surged this year as it’s announced plans to invest $29 billion in electric and self-driving vehicles by 2025. Its European executives recently surprised JPMorgan analysts by expressing confidence in reaching a 6% operating margin target even as it retools factories and shifts to offering only fully electric passenger vehicles by the end of the decade.

Ford’s Europe management team struck “a decidedly upbeat tone with regard to the financial impact of electrification," and suggested pricing and margins for the new Mustang Mach-E will be strong, JPMorgan’s Ryan Brinkman wrote in a March 23 report.

While subsidies have helped buyers afford purchases in markets including Germany and France, EV sales also are strong in the U.K., where aid isn’t as generous.

“Consumers are getting used to high BEV prices from the beginning," said Juergen Pieper, an analyst at Bankhaus Metzler, referring to battery-electric vehicles. “That ‘premium status’ might hold for a long time."