BMW i8 review: It's a green, mean sports hybrid

i8 HYBRID Auto giant hits bulls eye in terms of merging the need for speed with environmental concerns, but only if you can afford it
By : Hindustan Times
| Updated on: 20 Jun 2015, 01:06 PM 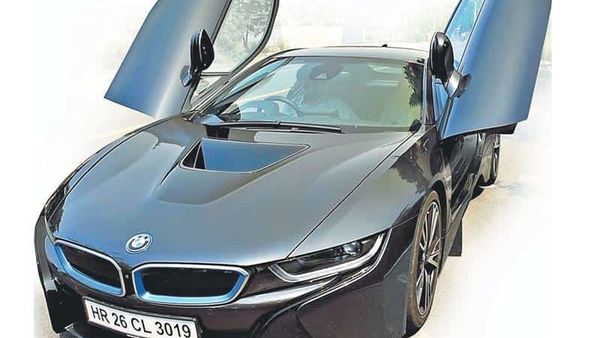 THE WORLD is going green and the pressure is telling on those who make machines that spew noxious fumes. But when you are German, you find ways to turn this in your favour. And when you are BMW, you end up doing something never attempted before. One look at the BMW i8 and you know you have never seen a car like this ever before except in sci-fi flicks.

The i8 is a hybrid sportscar and though it looks a little too colourful for a thoroughbred speed machine, there is no mistaking its presence. The car rides on technology that is futuristic and has a design that matches it. From the flat silhouette, to the mandatory low slung stance, every bit of the frame is aerodynamically perfected. The trademark kidney shape grille is broad and stretches upto the slim LED headlights. Not to mention the gull wing doors that are instant attention magnets.

INTERIORSEven though the i8 of fers seating for 2+2, the driver is clearly at the centre of the universe. The centre console for example is angled towards the driver at twelve degrees. The list of gizmos is exhaustive. It has its quirks though. Getting in and out of the car takes time getting used to due to the low seating and gull wing doors. The rear seat is best left for infants or your shopping bag. Since the B pillar, which holds the seat belt when unfastened, is way behind the front seat, fastening the seat belt is a cumbersome process. But then, some cars endure notwithstanding their quirks.

The electric motor ensures that it needs a smaller combustion engine. The shell of the car is built of resin injected reinforced carbon fibre making it ultra-light.

At just under 1,500 kg it is lighter than a Porsche 911 and the Jaguar F Type. The main engine is a 1.5 litre 3-cylinder twin-turbo petrol that makes 231hp of power and 320 Nm of torque. The electric motor on its own develops an additional 131 horses and 250 Nm of torque for the front wheels. 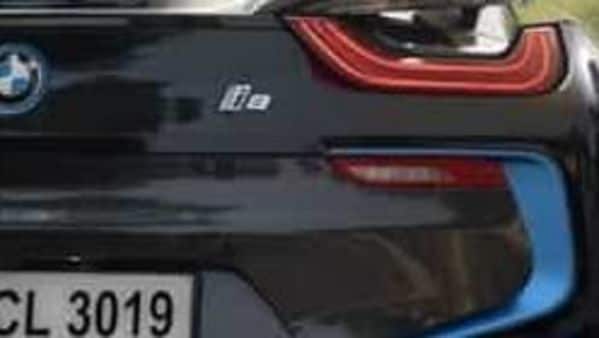 BMW i8 review: It's a green, mean sports hybrid

Power is delivered through a 6-speed automatic transmission and there are four drive modes - comfort, eco pro, sports and eDrive. The last on used for an all electric drive. eDrive is only operational when there is sufficient battery backup.

When fully charged, the car has a range of 35 kilometres and can attain a top speed of 120 kph without bothering the engine. In sports mode, the engine and motor are on full tilt. What it means on the road? Figuratively this 0-100 kph in 4.4 seconds with a top speed of 250 kph.

BMW claims a jaw dropping economy of 47.45 kpl. You get that when the battery is fully charged and the car runs for the first 35 kms only on eDrive. Even beyond that, the battery chips in once in a while as it is recharged. The claim is a stretch but you can get over 20 kpl on sports mode, which is still unbelievable.

Though nimble on its feet and an out and out looker, it isn't quite in the same league as a Porsche 911 as far as super sportscars are concerned but the higher fuel economy and lower carbon emissions should offset that.

If you have the money, there is no reason why you would want to give the i8 a miss unless, of course, you are a hardcore petrol-head and a Porsche fanatic..