German luxury car major BMW added another car in its portfolio by announcing the launch of the 6 Series Gran Turismo in Chennai on Monday. Produced at the company’s factory at Singaperumal Koil near Chennai, the 250 HP car is priced at Rs 58.90 lakh.
By : Press Trust of India, Chennai
| Updated on: 05 Mar 2018, 04:50 PM 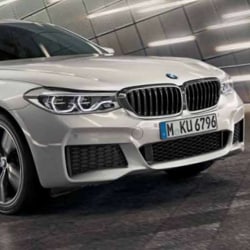 The first-ever BMW 6 Series Gran Turismo is available in a locally-produced petrol variant--BMW 630i Gran Turismo Sport Line and can be booked at KUN Exclusive, Chennai.

BMW Group, Plant Chennai, Managing Director, Dr Jochen Stallkamp, KUN Exclusive, Dealer Principal, Vasanthi Bhupathi formally launched the car at an event here. The Gran Turismo is produced at the company's factory at nearby Singaperumal Koil. The company said in a statement that the diesel variant would be launched later in the year. "The first-ever BMW 6 Series Gran Turismo is available in a locally-produced petrol variant--BMW 630i Gran Turismo Sport Line and can be booked at KUN Exclusive, Chennai", it said. The 250 HP car can accelerate from 0 to 100 km per hour in 6.3 seconds. It comes with six air bags, anti-lock braking system, dynamic stability control and electronic vehicle immobiliser among others, the release added.