The fastest SUV is hitting the market, with the debut of Bentley's 2016 Bentayga.

The Bentayga boasts 600 horsepower, eight speeds and automatic transmission. It can get up to 60 miles per hour in four seconds. With a top speed of 301 km/h (187 mph), it is officially the world's fastest SUV, narrowly beating out the Porsche Cayenne Turbo S by around 10 mph. 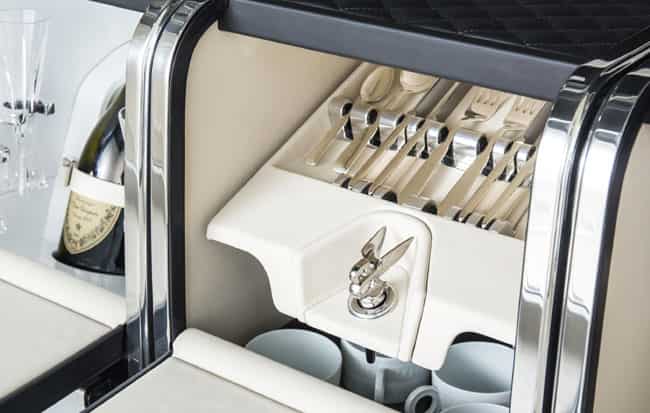 Passengers have a place for their cutlery and crockery and can keep their champagne chilled.. Photo:AFP

The Bentayga remains a luxury vehicle in traditional Bentley style: each car will be handmade in Crewe, England, with seats made out of hides from bulls bred in the Alps. The clock on the dash will come in either a pearl or black ebony with eight diamonds on the interior. 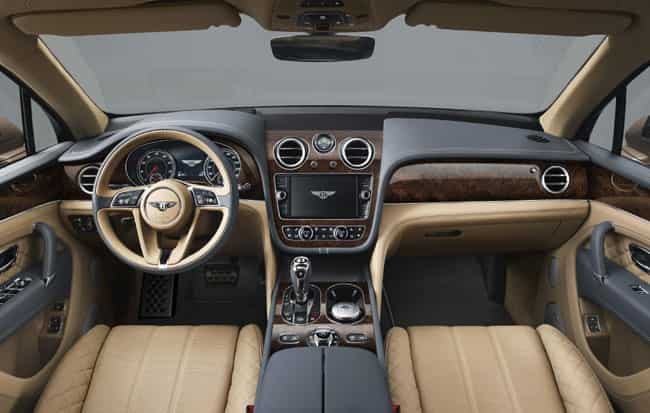