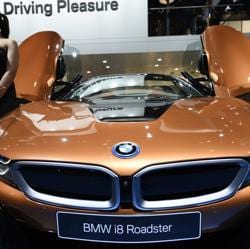 BMW i8 Roadster on display at the Auto Expo.

The 14th edition of the biennial Auto Expo kicked off in Greater Noida's India Expo Mart on Wednesday, with a slew of launches and unveilings on the opening day. While the show kicked off with the global premiere of the Maruti Suzuki's Concept Future S, South Korean giant Kia Motors announced its entry in the Indian market with the unveiling of its SP Concept car. Other big names on the first day included Tata Motors' global premiere of the H5X concept and 45X, Hyundai's Elite i20, Renault's Trezor Concept and the second-gen Honda Amaze, among others.

More than two dozen vehicle launches and about 100 unveilings are scheduled during the expo, which will close on February 14. While Maruti Suzuki India will launch the new-generation Swift at the expo, nearly 50 electric and hybrid vehicles will also be unveiled at the event. Tata's new hatchback, X451 was also launched on the first day. The expo opens for the public on February 9.

Here are the highlights:

6:50pm: Sachin Tendulkar is in the house. 'Master Blaster' makes an appearance as BMW unveils the 6 Series Gran Turismo. The car is priced at ₹58.9 lakh and can be booked starting today.

6:00pm: The new Mini Countryman unveiled at the #AutoExpo2018. Will be made in India. It will be available in three variants — two petrol and one diesel. Deliveries start later this year; test-drives begin within two weeks.

5:30pm: Maruti Suzuki India CEO says the company will launch its first electronic vehicle in India in 2020. Also showcases e-SURVIVOR Concept, an EV design and working model of the next generation Suzuki Hybrid system. It is a concept for a compact SUV. 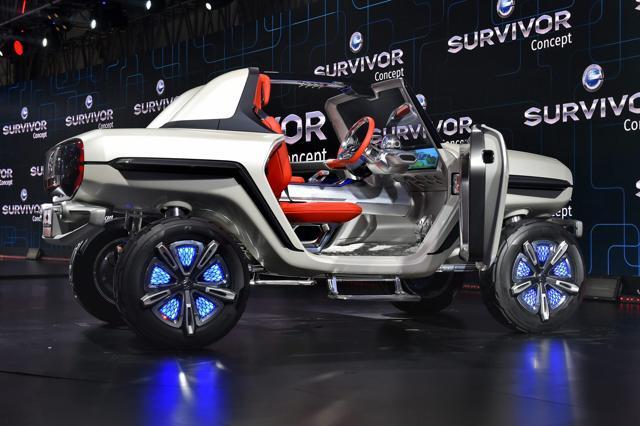 4:50 pm: Mahindra unveils an EV platform named Mesma. It is meant to be a modular concept that can take many shapes and forms.

4:40pm: Mahindra concepts UDO and Atom at the #AutoExpo2018. UDO, the company says, is neither a motorcycle nor a car. Atom is a mass mobility vehicle aimed at last-mile connectivity.

4:10pm: There will have to be a new expo on the future of living, says @anandmahindra at the #AutoExpo2018. His colleague adds the company is speaking on a subset of that today — future of mobility, electric vehicles.

4:00pm: Toyota unveils the Yaris. The Yaris — expected to compete with the likes of Honda City and Hyundai Verna — will be launched later this year.

3:50pm: Toyota adds a little song and dance to the mix as it unveils the Toyota Yaris at the AutoExpo2018.

Toyota adds a little song and dance to the mix as it unveils the Toyota Yaris at the #AutoExpo2018 @htTweets pic.twitter.com/LmC3eMbFox 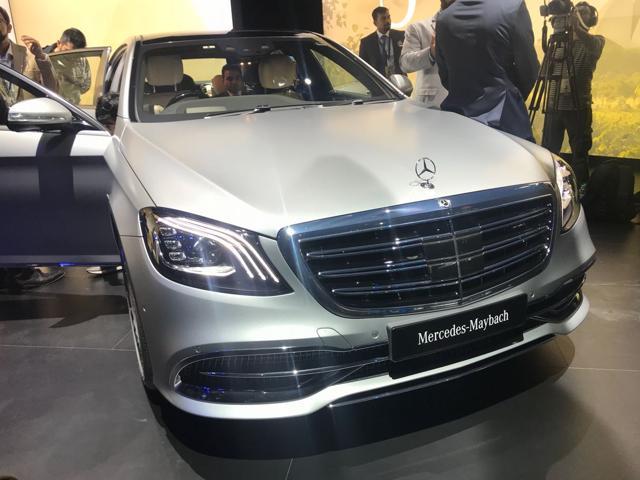 1:45pm: Actor Akshay Kumar makes an entry on top of Tata's commercial vehicle, Intra. Poses with the H5X concept, an SUV model developed in collaboration with the Jaguar Land Rover.

1:20pm: Tata Motors unveils the H5X concept. This is also the global the premiere of the Tata Motors 45X. 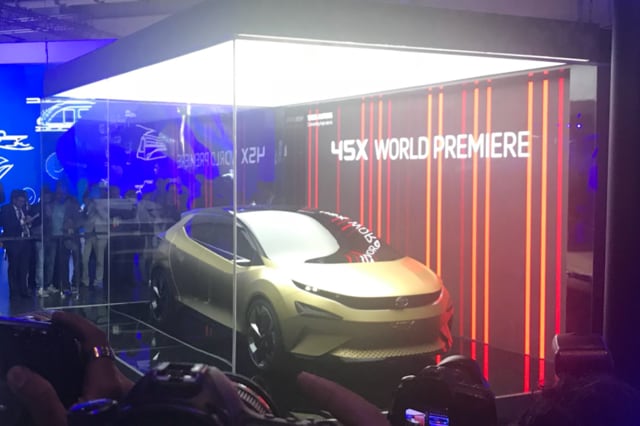 12:15pm: Honda 2Wheelers has unveiled the 160cc motorcycle X-Blade. It has also unveiled the new Activa 5G with a full-LED headlamp and a new look.

11.50am: Piaggio India launches the Aprilia SR 125 and unveils the Aprilia Storm. It also introduces a smart mobile connectivity feature for the scooters Vespa and Aprilia.

10:50am: Suzuki unveils its new flagship scooter, the 125cc Burgman Street; announces the GSX-S 750 for the India market; launches the Intruder fuel-injection variant. 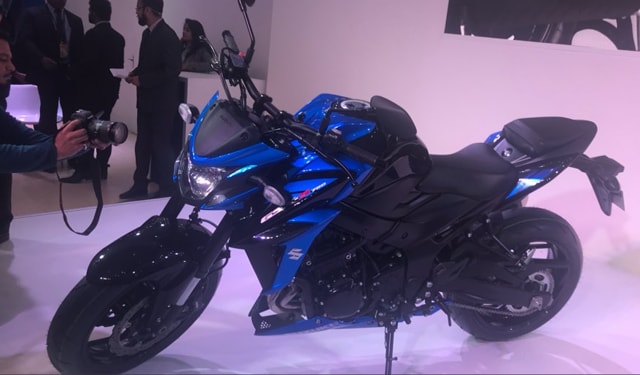 9:49am: Hyundai says it will come out with nine new products by 2020.These will include two facelifts, two new segments, four model changes and one electric vehicle.

9:35am: Renault unveils the Trezor Concept.

Renault unveils the Trezor concept at the #AutoExpo2018. @htTweets pic.twitter.com/1oAlXIG5Oz

9:28am: Await clear policy by the government, says Renault as it talks about electronic vehicles in India.

9:25am: Since its launch, the Renault Kwid has been among the top 10 selling cars in India, according to MD and country CEO of the company, Sumit Sawhney.

9:03am: "Der aaye, durust aaye (better late than never)," says KIA as it officially launches its brand in India.

8:50am: This is Honda's second generation Amaze, 5th generation CR-V and 10th generation Civic. The company says it is committed to the Indian market and will launch six new models in the coming three years.

7:48am: Maruti says the concept car will redefine the compact vehicle design in India.

7:45am: The Delhi Auto Expo 2018 will kick off at 8am with the global premiere of the Maruti Suzuki Concept Future S.