State Industries Minister Mekapati Goutham Reddy says N Chandrababu Naidu had offered incentives galore to get Kia to set up its manufacturing plants in Andhra Pradesh.
By : PTI
| Updated on: 08 Sep 2020, 11:31 AM 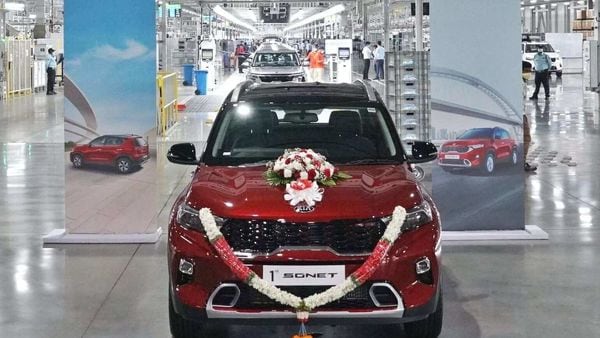 Sonet sub-compact SUV will be manufactured exclusively at Kia's plant in Andhra Pradesh.

The Andhra Pradesh government was "paying a penalty" for getting Kia Motors to set up its car manufacturing plant in the state by way of giving incentives assured by the previous government, Industries Minister Mekapati Goutham Reddy said here on Monday.

Addressing a press conference here, he said the incumbent government was bound to fulfill the obligations, "whether I like it or not", for the next 20 years. "Kia investment...no doubt it's a very good investment and I compliment that (previous TDP) government for getting it. But we also have to pay a penalty for getting it...by way of incentives," Goutham Reddy pointed out. "If that was the call of the government then...that we got the company strategically...as a government I have to fulfill that obligation also. I may like it or not, but I have to fulfill the obligations. For the next 20 years, I have to pay them," the Industries Minister noted.

The then government of N Chandrababu Naidu signed an agreement with Kia Motors, offering a slew of incentives to set up its car manufacturing plant at Erramanchi in the backward Anantapuramu district with a capacity of three lakh units a year.

The state government spent over ₹450 crore on land and infrastructure development (roads, electricity, water supply, besides other facilities, for the plant. Several tax incentives and power tariff concessions were also offered for 20 years.

Goutham Reddy made the remarks while talking about investments coming into the state and the Ease of Doing Business rankings as the state retained its top position for the third year in a row. "Ease of Doing Business is different from the investments coming in. Investments come, for one, strategic reasons," he said. EoDB applied to Micro, Small and Medium Enterprises, what he called "the weaker sections of industrialists". "Whether or not the industrial policies are conducive to them. Whether or not the government incentives are paid to them. What is our reaction time in addressing his requirements, how transparent is our system?...that's the focus," he said.

The YSR Congress government, from the beginning, has been focusing on MSMEs and addressing their problems since "they are the biggest employers and wealth creators", the minister added.