An ‘extraordinary' car is about to go under the hammer 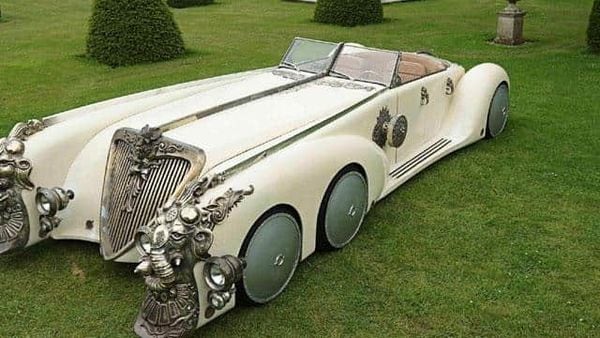 Captain Nemo's six-wheeled ride from the 2003 Sean Connery film 'The League of Extraordinary Gentlemen' will be auctioned by Coys in the UK on July 11.

The 'Nautilus' car is anything but a mere prop. It is one of two working cars built specifically for the film, is fully functional and was designed by the movie's production designer and art director Carol Spier.

Chris Routledge, Managing Partner of Coys, said: 'We have a long tradition of selling film, television and celebrity cars, and having such a cool car from such a cool film is really exciting. We are offering an unrepeatable opportunity to acquire one of the cars that actually appeared in The League of Extraordinary Gentlemen and which will undoubtedly increase in value in years to come.'

However, be warned, the vehicle is 6.6m long and 2.8m wide and is currently not legal for use on UK roads.