Japanese manufacturer Yamaha has presented a new Yard Built special edition, those original bikes customized by the best European builders.
By : AFP
| Updated on: 23 Jun 2015, 11:11 AM 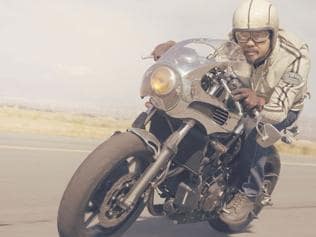 Japanese manufacturer Yamaha has presented a new Yard Built special edition, those original bikes customized by the best European builders. This time around, Dutch customizer Numbnut Motorcycles is paying tribute to the 20 years of the XJR via a special Yard Built series dubbed Botafogo-N.

Numbnut Motorcycles is a collective of customizers based in Amsterdam. Their latest creation is a spectacular racer paying tribute, on the one hand, to the XJR, and on the other, a 1917 race car by Fiat called the Botafogo Special. Nods to the Botafogo Special mostly concern the Borrani M-Ray wheels in satin black and the Pirelli Phantom Sport tires.

The bike rests on an original XJR 1300 chassis. Numbnut customized various pieces for a retro sport look, such as an aluminum tank cap, radial mount stirrups, clutch and brake foot-levers, heel protectors and an Alcantara saddle. Several of these pieces are available for order by XJR owners who wish to customize their bikes.

This is the third XJR 1300 to be used for a Yard Built special edition, following the Skullmonkee by the Wrenchmonkees from Denmark and the Dissident by itroCks!bikes from Portugal.

Since the beginning of 2015, other Yard Built special editions have been made. One example is the XV950 Playa del Rey by Spanish customizer Matt Black Custom Designs, which paid tribute to the Board Tracker models of the early 20th century. Like all Yard Built projects, unique pieces were built for this project. The idea remains that every XV950 owner be able to create his own Playa del Rey using the various pieces available directly from the Matt Black website.

For the 30th anniversary of the VMax, Yamaha also presented a special edition by German customizer Jens vom Brauck that highlighted the bike's power. Never intended to be commercialized, this exceptional model stands out thanks to its various handcrafted elements (carbon fiber tank cover and rear unit, aluminum fenders, etc.).

Other Yard Built stamped models should be unveiled throughout 2015.