Mahindra XUV400 EV to be revealed on this date; Will rival Tata Nexon EV

Pratap Bose, Chief Designer Officer of Mahindra and Mahindra has officially teased the XUV400 EV for the first time. The new electric SUV will be revealed on September 8th according to the teaser. Mahindra will finally be launching its first fully electric SUV and it will be going against the Tata Nexon EV which has been the best-selling electric vehicle in India.

The teaser shows the charging port which is placed on the left front fender. This is the same placement that was spotted on the test mules. The XUV400 EV will come with some kind of fast charging and home charging facility as well. 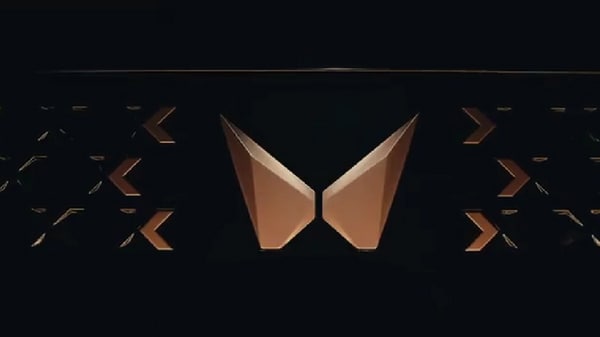 The teaser also shows the front shot of the electric SUV. It has similar looking headlamp setup that we have seen on the XUV300. However, now the vertical LED strip found on the bumper is gone. It seems like the XUV400 EV will use a halogen setup for the projector and there are L-shaped LED Daytime Running Lamps.

The XUV400 EV boasts Mahindra's new twins-peak logo. The grille is now closed because there is no engine underneath the bonnet. The grille now gets ‘x’ elements. This could be the new design element that we might see throughout Mahindra's new electric vehicles.

Mahindra is calling the new SUV, XUV400 because they want to differentiate between the XUV300 which is a compact SUV and XUV400. This is because the XUV400 is expected to measure between 4.2-metres so it will not be a compact SUV. Mahindra has chosen to do this because there are no excise duty benefits for sub-4 meter electric vehicles. So, it makes sense for the brand to utilize the full potential of the platform and spawn a 4.2-metre electric SUV. This means it will be longer than the Nexon EV.

The teaser does not reveal any battery specifications or diving range. However, it is expected that there will be two battery sizes available just like Tata Motors does with Nexon EV Prime and Nexon EV Max. The prices of the XUV400 EV are expected to be close to Tata Nexon EV because they will be immediate rivals to each other.