The EPA said VW used a device programmed to detect when the cars are undergoing official emissions testing.
By : AP
| Updated on: 22 Sep 2015, 10:59 AM 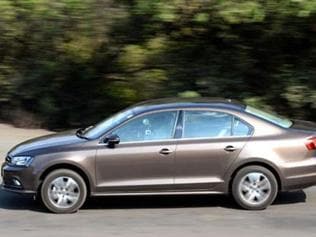 Around 15 billion euros ($16.9 billion) was wiped off the market value of Volkswagen AG on Monday following revelations that the German carmaker rigged US emissions tests for about 500,000 diesel cars.

By early afternoon trading in Frankfurt, Volkswagen's share price was down a stunning 20.4% after hitting a three-year low of 125.4 euros. Its dramatic fall weighed heavily on Germany's main stock index, the DAX, which underperformed its peers in Europe with a 0.6% decline.

General Motors India was found guilty of a similar practice in relation to its multi utility vehicle Tavera, and several senior officials were sacked.

During the weekend, Volkswagen's reputation for probity was seriously damaged by revelations from the Environmental Protection Agency (EPA) in the US that it had skirted clean air rules. All told, the EPA indicated that VW faces fines that could run up to more than $18 billion.

The EPA said VW used a device programmed to detect when the cars are undergoing official emissions testing. The software device then turns off the emissions controls during normal driving situations, allowing the cars to emit more than the legal limit.

Volkswagen marketed the diesel-powered cars, which account for about 25% of sales, as being better for the environment. The cars, built in the last seven years, include the Jetta, Beetle, Golf and Passat models, and the Audi A3.

"The company will have to recall nearly 500,000 cars, which will cost it millions of dollars, and that's even before the damage to its brand and potential fines," said Michael Hewson, chief market analyst at CMC Markets.