Home Auto News Volvo Cars Plans Assembly Plant Near Bengaluru This Year, Xc90 To Be First ‘made In India’ Model

Volvo Cars plans assembly plant near Bengaluru this year, XC90 to be first ‘made in India’ model 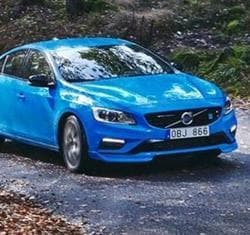 Volvo Cars plans assembly plant near Bengaluru this year, XC90 to be first ‘made in India’ model

Swedish luxury carmaker Volvo Cars Global on Thursday announced setting up an assembly plant near Bengaluru in India this year.

The plant will roll out a 'made in India' XC90 luxury SUV first, followed by other models based on Volvo's SPA modular vehicle architecture.

"In establishing its assembly operations, Volvo Cars is working together with Volvo Group India - the truck, bus, construction equipment and Penta engines manufacturer, and will make use of Volvo Group India's existing infrastructure and production licenses near Bengaluru," the company said in a statement without divulging details of the investment.

Volvo Auto India had told HT last month that it had plans to localise its India operations, after clocking double-digit growth the market for two consecutive fiscals.

At present the Volvo Cars are imported as completely-built-unit from Sweden. Starting late 2017, Volvo will import the cars as completely knocked down units (CKD) and will localise its assembly in Bengaluru, not only to boost jobs in India but to also slash the prices of the luxury models drastically.

Håkan Samuelsson, president and CEO of Volvo Cars, said: "Starting vehicle assembly in India is an important step for Volvo Cars as we aim to grow our sales in this fast-growing market and double our market share in the luxury segment in coming years."

"Backed by a robust sales growth, expanding network and an array of new product launches the local assembly will provide us an impetus to garner a sizeable segment share in the medium to long term. Each locally assembled Volvo Car will have same International standards as anywhere else in the world. With our continued efforts we are sure to build a strong foundation for our business in India," Bonsdorff said in a statement.

He said the investment, volumes and other details about the plant will be revealed at a later date.

The Swedish automaker, known for its safe premium luxury cars, has been in India since 2007. After growing by 32% over the past two years, the company plans to sell 2,000 Volvos in India this fiscal, to continue growing at 25% year-on-year.