The report, based on an in-depth analysis of 146 countries, found that some two-thirds of them have weak policies to regulate the import of used vehicles.
By : HT Auto Desk
| Updated on: 27 Oct 2020, 11:22 AM 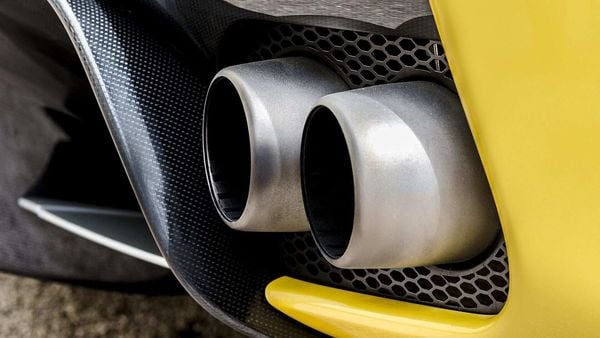 Shell and rivals BP Plc and Total SA have all set their own net-zero emission targets.

At a time when coronavirus pandemic has given a fillip to the used car market as people move towards personal mode of transport, a report by UN Environment Programme has claimed that used cars contribute significantly to air pollution and hamper efforts to reduce effects of climate change.

The report showed that 14 million used cars were exported worldwide between 2015 and 2018. Most of them were exported from Europe, the US and Japan to the developing world are of poor quality. Around 80 per cent of these used cars went to low- and middle-income countries, mostly to Africa. In most of these countries, the lack of carbon emission policy is seen as a threat in the battle against climate change to reduce pollution.

Globally, the transport sector is responsible for nearly a quarter of energy-related global greenhouse gas emissions. Specifically, vehicle emissions are a significant source of the fine particulate matter (PM2.5) and nitrogen oxides (NOx) that are major causes of urban air pollution.

The report, titled Used Vehicles and the Environment -- A Global Overview of Used Light Duty Vehicles: Flow, Scale and Regulation, is the first of its kind. The report calls for action to fill the current policy vacuum with the adoption of harmonised minimum quality standards that will ensure used vehicles contribute to cleaner, safer fleets in importing countries.

The report, based on an in-depth analysis of 146 countries, found that some two-thirds of them have 'weak' or 'very weak' policies to regulate the import of used vehicles.

"Over the years, developed countries have increasingly exported their used vehicles to developing countries; because this largely happens unregulated, this has become the export of polluting vehicles."

"The lack of effective standards and regulation is resulting in the dumping of old, polluting and unsafe vehicles," she added.

"Developed countries must stop exporting vehicles that fail environment and safety inspections and are no longer considered roadworthy in their own countries, while importing countries should introduce stronger quality standards."

The report found that African countries imported the largest number of used vehicles (40 per cent) in the period studied, followed by countries in Eastern Europe (24 per cent), Asia-Pacific (15 per cent), the Middle East (12 per cent) and Latin America (nine per cent).

UNEP, with the support of the UN Road Safety Trust Fund and others, is part of a new initiative supporting the introduction of minimum used vehicles standards.

The initiative's first focus will be countries on the African continent; a number of African countries have already put in place minimum quality standards, including Morocco, Algeria, Cote d'Ivoire, Ghana and Mauritius, with many more showing interest in joining the initiative.