If you thought the La Ferrari was rare or special, think again. It only costs $1 million and the company plans to build 499 of them.

The Ferrari F12 TRS, on the other hand, is a unique creation, based on the company's equally wonderful F12 Berlinetta and built exactly to a client's specifications. Rumored to have cost the lucky owner in excess of $4.2 million, information about the F12 TRS has been leaking on a number of specialist car blogs over recent days.

However, now its existence has been officially confirmed by Ferrari and the car made its public debut in Sicily over the weekend during the Ferrari Cavalcade -- an annual event the company organizes for its most valuable clients where they get to drive their cars around a stunning region of Italy.

Inspired by the original 1957 250 Testa Rossa, the car is seriously stripped back in terms of creature comforts -- there's no air conditioning or in-car sound system, or roof for that matter. What it does have is a chopped down, wrap-around windshield and sloping side windows and even more use of carbon fiber than usual.

However, rumors also persist that the car has a KERS system too. Developed for its Formula One cars, KERS is an energy return system that provides a power boost to the engine for extra straight line acceleration. 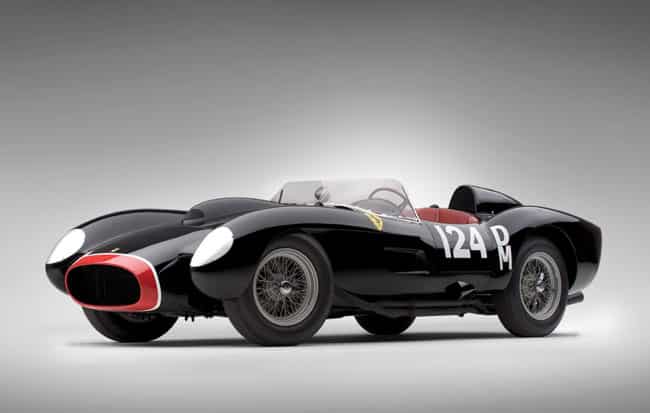 Although the F12 TRS takes things to another level, every single new Ferrari sold in 2013 reached its lucky owner with some form of bespoke customization or personalization, and it is clearly a growing trend among the supercar-owning fraternity, as over the past 12 months, Lamborghini, Aston Martin, McLaren and now Jaguar Land Rover have all announced new business divisions or extra investment in offering customization or special vehicle development services to their most discerning clients.

However, as well as announcing record levels of customization, Ferrari's latest financial report also highlighted that its restoration arm is also busier than ever, returning old Ferraris back to stock appearance so that they are worth more to classic car collectors.