Union Minister Nitin Gadkari said with multi-lane roads, speed limits like 40 kmph makes no sense.Gadkari also advocated for increasing speed limit on such roads.India has one of the slowest average vehicle speed across the world.
By : HT Auto Desk
| Updated on: 09 Nov 2020, 01:37 PM 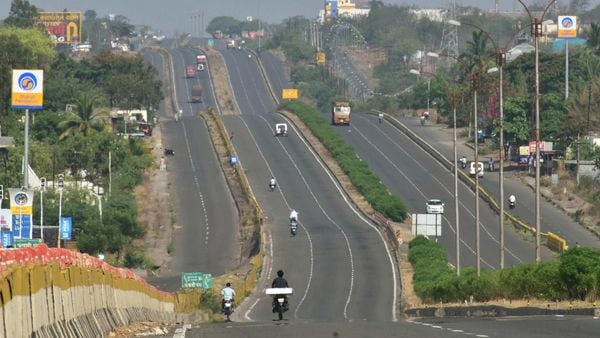 Union Minister Nitin Gadkari has criticised some of the surprisingly slow speed limits on multi-lane roads in India. Speaking at a road safety virtual conference Way to Vision Zero last week, Gadkari said it is unfortunate when vehicles plying on such roads are penalised for breaching speed limit of a mere 40 kmph.

The Union Minister came out strongly in support of increasing speed limits, especially on multi-lane roads and sought state road administration to go easy on penalising vehicles for speeding.

Gadkari said that rules regulating speed limit of vehicles, especially on the multi-lane roads, should be reworked. “I have already discussed this issue with my officials. We need to revise our speed norms considering the new roads being built, including expressways and Greenfield highways, widening of highways to four and six lanes," said Gadkari.

Speaking elaborately on the state of Indian roads and high number of accidents, Gadkari admitted that one of the reasons behind high accident rates in India is road engineering, road design. He said his ministry has identified such black spots, and has removed one thousand such spots to improve road conditions. Gadkari also assured that the Centre will help state governments to develop and maintain state highways.

According to a Mint report in 2019, 10-km commute in Hyderabad takes 26 minutes on average. In Chennai and Delhi, it takes 29 minutes while the same distance takes 34 minutes in Bengaluru, 37 in Mumbai and 39 minutes in Kolkata. The average 10-km urban commute takes 24 minutes, according to a World Bank study that calculated commute times across 154 Indian cities. In Singapore and London, the 10-km commute takes an average of 21 minutes.