The Nissan Maxima lives up to its four-door sportscar maxim

The latest-generation Maxima sedan bests BMW, Acura and Audi to set the fastest lap time around California's Buttonwillow Raceway racetrack in tests overseen by AMCI Testin.
By : AFP
| Updated on: 19 May 2015, 10:56 AM 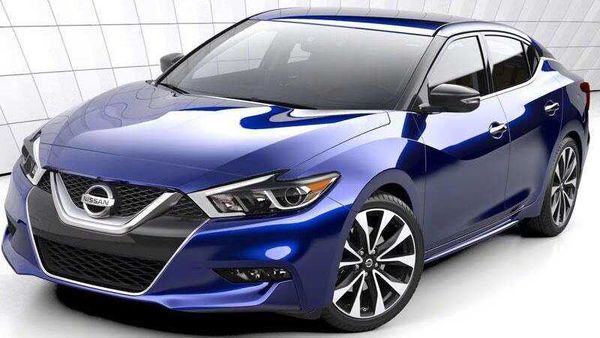 Nissan is going to extraordinary lengths to underline its new car's performance credentials. Described by company chairman, Carlos Ghosn as the 'four-door sportscar' when it was officially revealed at the New York Autoshow in April, Nissan has now decided to pit its new car against a BMW 3 series and an Audi A4 Quattro to prove that the slogan was more than simply marketing talk.

'We expected the all-new 2016 Maxima, with its re-engineered engine, transmission and chassis to do well, but frankly even we were surprised by the head-to-head test results against some very well-established luxury sports sedans,' said Pierre Loing, vice president, Product Planning, Nissan North America.

To ensure that there were no cries of foul play, each of the cars that featured in the challenge was sourced from an authorized dealership and were broken in and prepared, pre-race, in accordance with manufacturers' guidelines.

What's more, each car's electronic driving aids -- including stability and traction control -- were deactivated prior to the challenge. And, to make things as fair as possible, the lap began from a 40mph (64 km/h) rolling 'pace car' start rather than a static off-the-line start, a situation where four-wheel-drive cars often have an advantage.

In the video posted to accompany the announcement of the independently validated times, the Nissan appears to win the battle by being the fastest into the circuit's initial hairpin turn.

And as impressive as the results are, especially considering that the Nissan has front- rather than rear-wheel or four-wheel drive, if Nissan had waited longer to carry out its tests, it could have gone up against the latest generation BMW 3 series, which goes on sale later this year and is lighter and faster than its predecessor.