Tesla will adopt China\'s future standard for charging electric vehicles, a company statement said, in an issue which has been a barrier to sales for the US firm in the world\'s largest auto market.
By : AFP
| Updated on: 14 May 2015, 11:05 AM 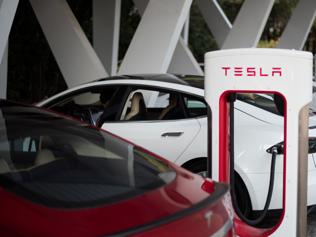 Tesla will adopt China's future standard for charging electric vehicles, a company statement said, in an issue which has been a barrier to sales for the US firm in the world's largest auto market.

Tesla's imported electric vehicles now use a plug based on the European standard, which is incompatible with the current Chinese standard, Tesla officials have said.

But Tesla has pledged to make its vehicles match China's charging standard, which is still under review, said the statement released on Monday.

'Tesla will also provide conversion devices for vehicles to realise perfect compatibility with the new standard,' it said.

China is currently formulating its own standards for electric vehicles including charging, the Ministry of Industry and Information Technology said in September, but gave no timing.

'Solving the charging problem is the top priority in promoting pure-electric cars,' Zhu Xiaotong, Tesla's general manager for the China region, said in the statement.

'Tesla will fully cooperate on the development of the national standards and construction of public charging infrastructure,' he added.

The company has struggled in the Chinese market despite early positive media coverage, building up an inventory of unsold cars and laying off staff.

Founder of the US-based company, Elon Musk, earlier this year told the media: 'China is the only place on Earth that we have excess inventory'.

Electric and hybrid vehicle sales in the country reached 26,581 in the first quarter of this year, three times the same period in 2014 but still accounting for less than one percent of total sales, according to the China Association of Automobile Manufacturers.