Home Auto Reviews Tata Tigor Amt Review: If You Are On A Tight Budget, This Is Superb Value For Money

Tata Tigor AMT review: If you are on a tight budget, this is superb value for money 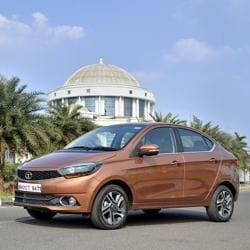 Tata Tigor, the swanky sub-four-metre sedan, wowed everyone with its design and interiors. However, it missed out on a crucial bit that most of its rivals had – an automatic gearbox.

There's booming demand for cars with automatic gearboxes in India right now. Manufacturers are drafting as many automatic variants as possible into their model line-up. The latest entry into the fast-growing automatic club, is Tata Motors with the stylish Tigor. The swanky sub-four-metre sedan wowed everyone with its design and interiors. However, it missed out on a crucial bit that most of its rivals had - an automatic gearbox. Now though, Tata has updated the Tigor with the same five-speed AMT gearbox that also does duty in the Tiago hatchback. Also, like the Tiago, you can have the Tigor AMT only with the 1.2-litre, 85hp petrol engine. To start off, the gearbox gets a creep function, which allows you to smartly thread through peak hour, stop-go traffic; but when you move off the line, there's a distinct judder of the clutch engaging, which is also noticeable at low speeds. As you pick up the pace, the transmission smoothens out but its immediately obvious that you are driving an AMT - the gearshifts are typically lethargic. Like in the Tiago, the Tigor gets two drive modes - 'City' and 'Sport'. The latter significantly alters the performance. In City mode, the gearbox is laid-back and relaxed, which is fine if you're in bumper-to-bumper traffic but not when you're cruising at speed and want to overtake quickly. Mash the throttle, in this mode and you'll encounter a long pause before there is any response. The Tigor is more alert and quicker to react in Sport mode, which keeps you in the meat of the powerband by holding the gear till you lift off. No doubt, its much nicer to drive in Sport mode - and that makes it the default setting - but you still can't hasten the gearshifts. Like most AMTs, you have to drive this one with patience and planning, especially when overtaking.

Performance-wise, the Tigor takes a lazy 17.76secs for the 0-100kph run - and that, too, in Sport mode. In City mode, the car is slower by around 3sec; and that isn't exactly exciting, Through the gears, too, Sport mode is faster by a couple of seconds. However, if it's efficiency that you want, the early upshifts in City mode will certainly help you at the fuel pumps. There is also a manual function, should you want to change the gears, yourself; and while it's good to have it, you still get that pause between shifts. 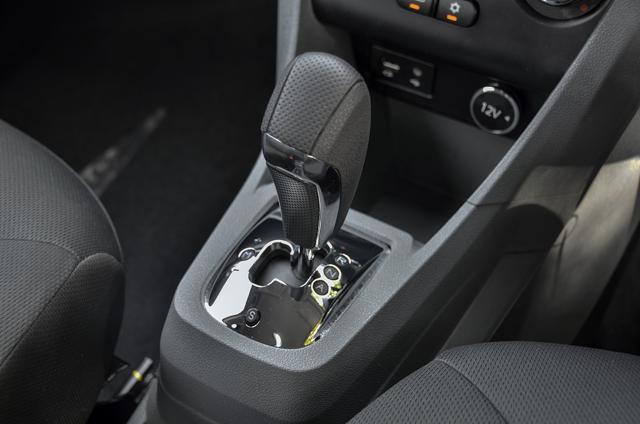 The best way to drive the Tigor AMT then, is to leave it in Sport mode and be gentle with the throttle pedal. Toodling around at moderate revs, the gearbox works quite well and keeps you in the right gear, at the right time. Reversing into parking spots is also relatively easy, thanks to the creep function; but you have to be precise with the throttle, because an extra jab can get the car to accelerate, suddenly. Tata still needs to calibrate the engine's power delivery for a more linear behaviour. 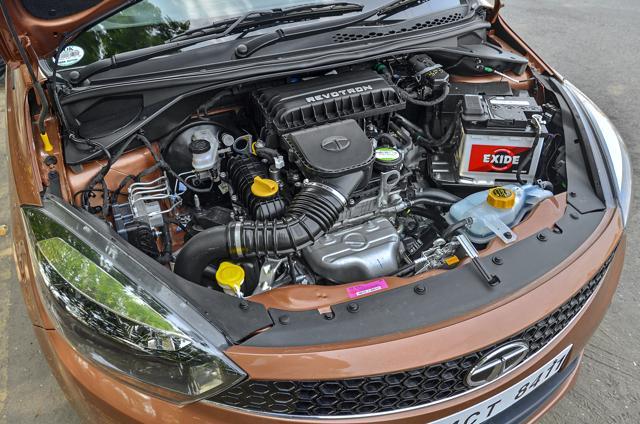 To sum up then, Tata has definitely opened up a new audience for the Tigor with the AMT. The car launched with two variants - the XTA, which is a mid-spec trim with just enough bells and whistles; and the fully loaded XZA, which gets the whole package. Both of these are priced at ₹5.82 lakh and ₹6.30 lakh (ex-showroom, Delhi), respectively.

The Tigor AMT isn't as accomplished as its closest rival, the Maruti Dzire AGS - which is more refined and has better performance and features but costs a hefty ₹1 lakh-plus extra. The Tigor AMT, on the other hand, is the cheapest in the segment but it doesn't feel like a cheap car. It's spacious, practical and comes with a well-put-together cabin that has a genuinely premium feel. For what you get, the Tigor is superb value for money which makes it easy to overlook its flaws - and for someone on a tight budget, this is a car we would recommend.