The Himalayan gets a number of updates and attempts to right the previous bike’s reputation for low reliability.
By : Autocar
| Updated on: 11 Nov 2017, 01:03 PM 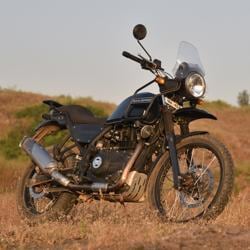 The Royal Enfield Himalayan is one of the most comfortable bikes currently available in India.

It's been a rocky ride for the Royal Enfield Himalayan. The bike received high praise at the test ride event in Shimla, where it impressed in the environment it was designed for and named after. But then things went a bit downhill, with numerous reliability issues creeping up. Royal Enfield eventually stopped sale as they set about developing the BS4-spec bike, and they also used the opportunity to make a number of changes and improvements to address the reported issues.

From the face of it, the Himalayan is identical at first glance and it continues to offer a Spartan simplicity that conveys an unusual, but likeable sense of ruggedness and purpose. The exposed steel frame and masses of metal tubing that make up the rear rack, foot peg holders and front crash protection account for a big part of the design, but the exposed welds are still quite messy. But there are improvements here too. The oil cooler now gets a small metal guard and the black plastic caps on the fairing that were prone to popping have been fixed, they all stayed in place despite a full day of rough roads, potholes and some off-road fun. 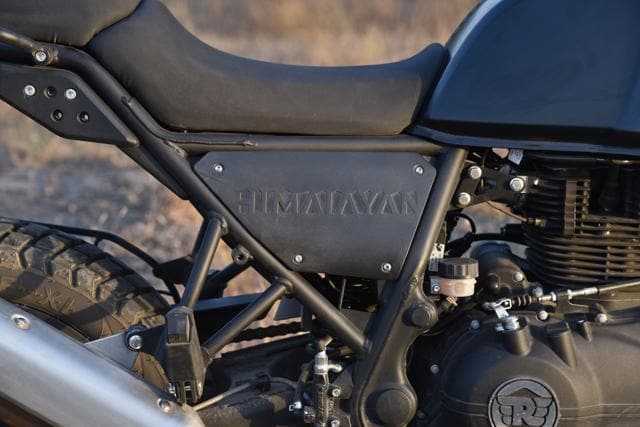 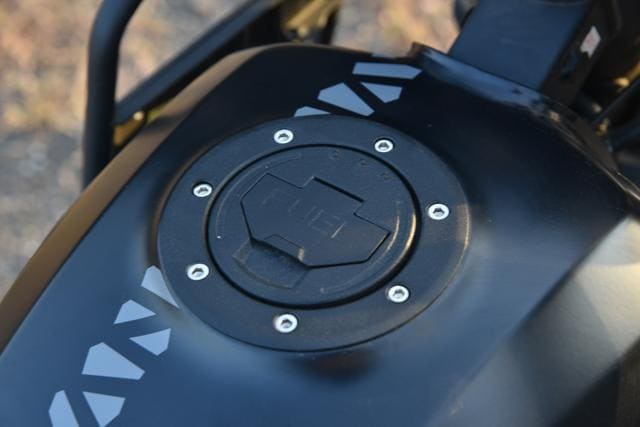 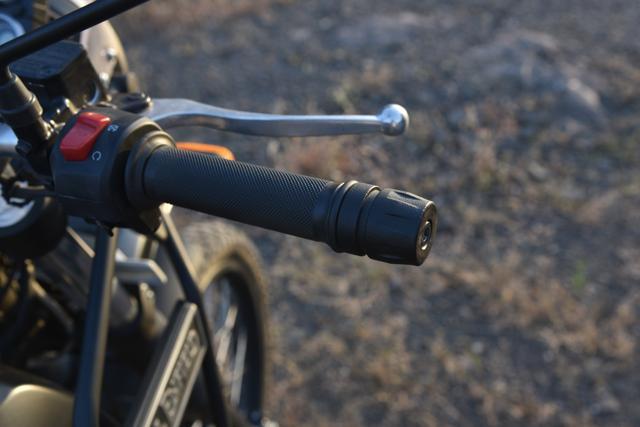 Further finish changes come in a new matt-black powder coating for the fuel tank cap, bar-end weights and luggage mounts below the rear seat. The switchgear continues to feel basic and the headlamp is now an AHO affair. The rest remains familiar. The quirky clocks take some getting used to, but are clear and offer plenty of information. The suspension, wheels, tyres, brakes and exhaust are all familiar, but if you peer through the engine area, you will notice one difference, the lack of a carburettor.

To meet the higher emission norms of BS4, Royal Enfield dropped the carb for fuel injection and the result is positive. Throttle response is quite smooth and easy to modulate. Power arrives in a thoroughly linear fashion and there are no spikes or hesitations anywhere in the rev range. If anything, the engine feels smoother than before while offering the same, lovely spread of torque from upwards of 2,000rpm. Thanks to the increased refinement, highway cruising at speeds of 90-100kph is fairly sustainable, but the engine still feels stressed above that. The five-speed gearbox is now smoother and even indulges clutchless shifts. 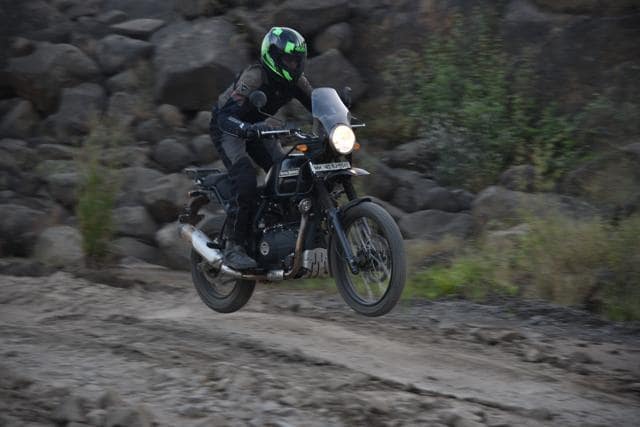 We still believe the Himalayan deserves much more outright power, but the rideability at low revs cannot be faulted. The bike is easy to pilot in urban conditions thanks to a strong bottom end, decently weighted clutch, wide handlebar and a friendly seat height of 800mm. Heat management is given a boost through a wider pipe for the oil-cooler, which enables better flow and, hence, the improved cooling. The Himalayan runs fairly warm in traffic, but it's nowhere close to something like a 390 Duke and shouldn't be a cause for discomfort. 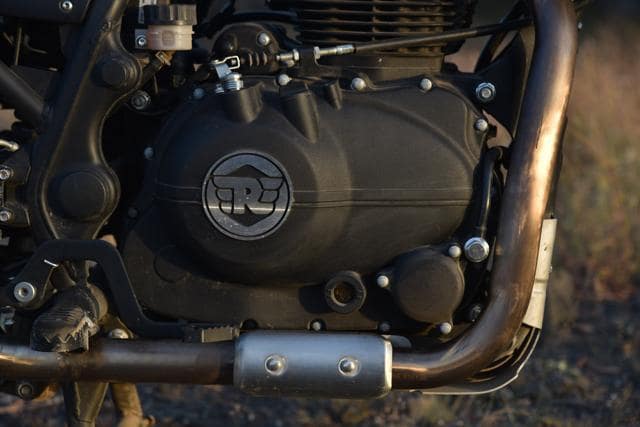 The Himalayan continues to offer a fabulous ability to traverse broken roads with ease. Coupled with the neutral seating position, this is one of the most comfortable bikes for the price. Handling is stable and willing, but with a typically vague feeling coming from the big 21-inch front wheel. One aspect we wish was improved were the brakes. The front continues to have a wooden feel and requires a lot of pressure at the lever for strong performance and there isn't much in the way of feel from the front tyre either. ABS would have been very welcome.

At 191kg, the Himalayan, which was already a hefty beast, has gained nine additional kilos. However, it feels well-balanced and continues to be the best off-roader that money can buy in India, this side of behemoths like the Tiger 800 and Africa Twin. The Himalayan is confident and easy to throw around over loose surfaces, which encourages dirt noobs, like yours truly, to have a lot of fun and return in one happy piece. That said, this bike is better for what I like to call relaxed enduro and doesn't enjoy being pushed too hard. Jump it too high and the centre stand makes contact with the ground, and the engine also makes its displeasure felt if you wring it's neck too much. In that sense, it retains the Royal Enfield heritage of relaxed riding, while offering a more enjoyable and engaging experience than any of its siblings. 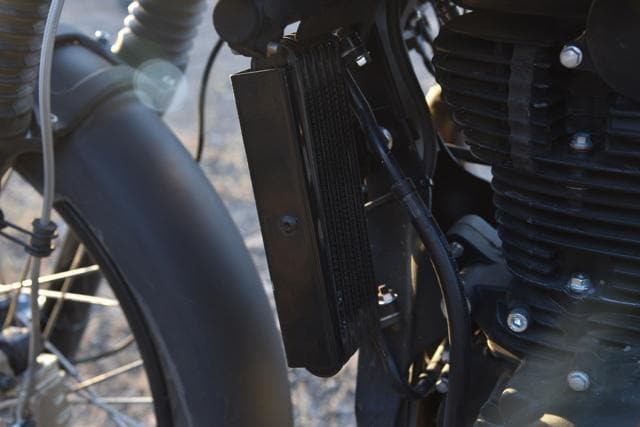 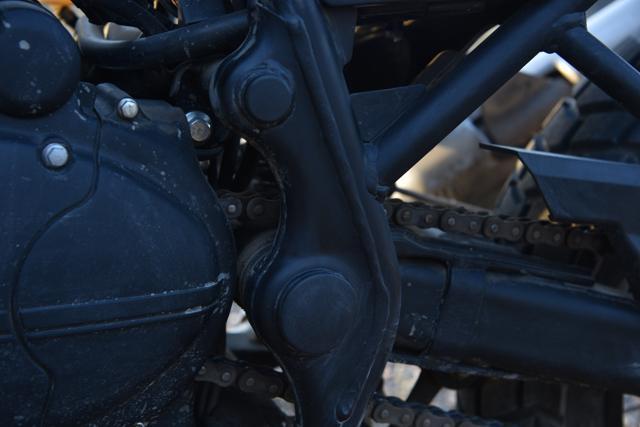 There's no doubt that the Himalayan FI is an improvement over its predecessor, but is the new bike more reliable than the old one? Unfortunately, that's not an answer I have to give right now as we haven't spent enough time with it. For now, all I can say is that the bike ran well and true when I rode it. We reached out to Royal Enfield on this and we're told that the company has proactively addressed customer grievances with the previous bike and is now seeing increasing demand.

Hopefully, the updates will go a long way towards ensuring the motorcycle remains trouble free over the long term. As things stand, the Himalayan is far from the perfect bike, but it's strong personality and honest range of abilities make it surprisingly desirable.