In its first ever live-streamed launch event, Rolls-Royce has officially unveiled its new four-seat drophead, The Rolls-Royce Dawn.
By : AFP
| Updated on: 09 Sep 2015, 03:20 PM 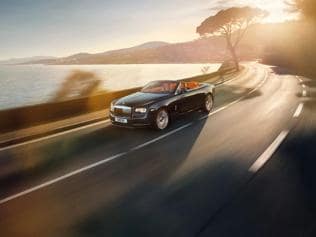 The car is based on the Rolls-Royce Wraith. Photo:AFP

In its first ever live-streamed launch event, Rolls-Royce has officially unveiled its new four-seat drophead, The Rolls-Royce Dawn.

According to the company, the car represents the pinnacle of exclusive open-air motoring and is a car hand-built from the ground up to satisfy the automotive desires of a younger, more affluent client base.

Like the Wraith coupé, the Dawn is aimed at a new generation of buyer who values discreet performance as highly as bespoke craftsmanship but also wants to be able to raise the roof, weather permitting.

And, while it might be based on the Wraith coupé, Rolls-Royce's most overtly performance-focused car in a half century, the new drophead, only shares 20% of its hardtop counterpart's components. 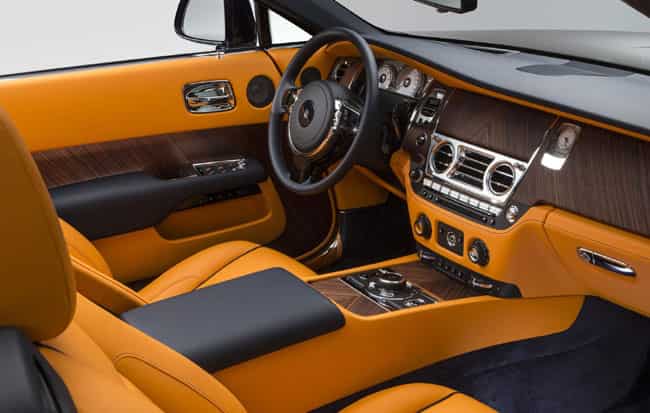 The company claims it is the quietest four-seat convertible in the world. Photo:AFP

However, don't be mistaken: the Dawn is 100% Rolls-Royce. As such it is the quietest convertible in the world. Roof up, the in-cabin noise levels are the same as those inside the Wraith. Yet as well as being near-silent, it boasts rapid performance.

The chassis is claimed to be the most rigid ever found in a four-seat convertible, and to ensure that the car handles as well as wafts along like a magic carpet, its wider rear suspension set-up ensures that none of the 563bhp produced by its 6.6-liter V12 turbocharged engine is wasted.

However, no one who takes delivery of the new car -- which will go on sale in early 2016 -- will want to drive it quickly. This is a car for being seen in and is set to be one of the most exclusive droptops on the road.