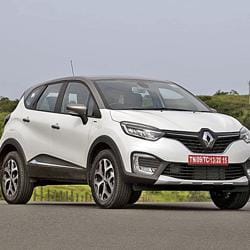 Renault has launched a special variant of the Captur for emerging markets like India.

Renault has been making some interesting cars for the Indian market and the French carmaker now wants to make a stronger impression in the mid-size SUV/crossover segment. The competition in the Captur's segment is pretty tough though, there's Hyundai's Creta that gives you maximum bang-for-the-buck when it comes to features, and the newly arrived Jeep Compass that has stirred up the market with its true-blue SUV credentials.

This is not the same Captur that's sold in Europe. The Captur we're getting is one that's specifically made for emerging markets, built on the company's M0 platform that's proven its mettle in the Duster. From the outside, it's almost impossible to tell that the Captur is based on the Duster platform. It mirrors the European Captur's design language, with swooping lines, curves and minimum angles, making it inherently French in its aesthetics, contrasting the Duster's more Romanian origins. The car's big wheel arches, its 'crystal cut' 17-inch wheels and the massive 210mm ground clearance lend it the unmistakable proportions of an SUV. To add to that, the Captur's short bonnet is muscular, drooping down at the front into an elegant headlight cluster, and culminating in a chunky bumper with 'C'-shaped units that house LED daytime running lamps (DRL) and fog lamps. The fog lamp combo, the tail-lights, as well as the headlights, are also full LED. There's LED ambient lighting on the inside as well.

The interiors are a bit of a hit-and-miss though. The wrap-around dashboard is a fresh design and certainly feels like a step up from the Duster's. There are also some great design touches such as the butterfly-shaped instrument cluster that gets a large digital speedometer in the centre, flanked by a tachometer and a fuel gauge. And I really like the ambient LED lighting and design of the air conditioner controls. Overall quality of materials is not as upmarket as they should be for a car in this category though. The centre armrest doesn't fold away and interferes with the operation of the handbrake lever. Only the driver's seat gets height-adjust but, even in its lowest setting, it's so high that it not only gives you a commanding view of the road but also of the entire top of the very large dashboard. And if you're over 6ft, you are going to be uncomfortably close to the roof. 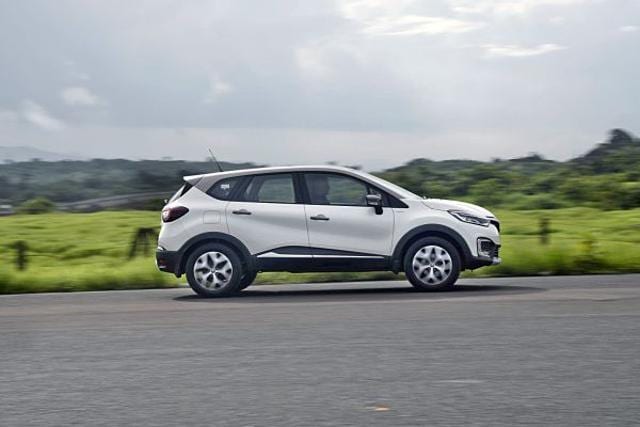 The 'panoramic' windscreen and minimal A-pillars, along with the quarter windows are designed to provide you much better situational awareness of what's around and in front of you. The front seats themselves aren't too bad though. The two-tone white- and-black leatherette seats look and feel good, and there's enough support for your back and under-thighs, as well as sufficient bolstering for your shoulders. While two adults, or even three in a pinch, can sit fairly comfortably, kneeroom isn't the best, and the rising window line robs the back of some airiness. There are a set of AC vents at the back as well. 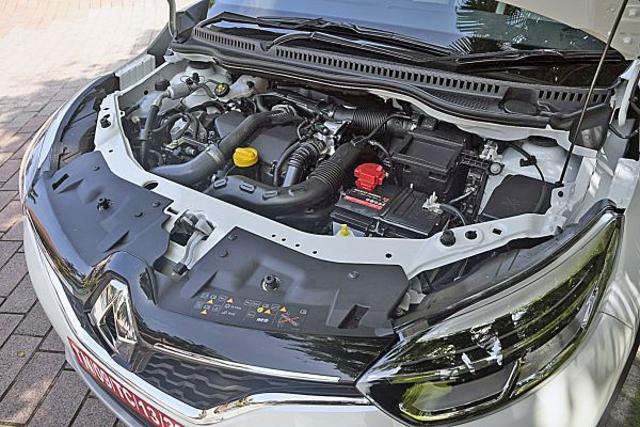 The top-spec Platine trim is fitted with a 7.0-inch touchscreen multimedia system with Bluetooth, USB and aux-in, integrated maps and navigation. It's fairly responsive and quick, but you don't get Apple CarPlay and Android Auto but you get basic iPod functionality through USB and some voice commands for iOS. 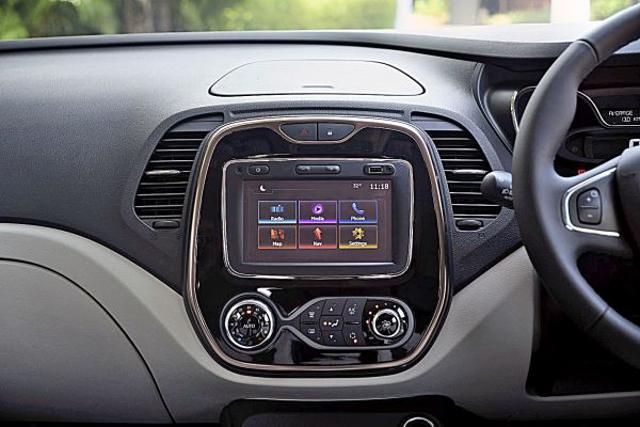 Renault offers the tried-and-tested 1.5-litre H4K petrol mated to a five-speed manual and a 1.5-litre K9K diesel motor with a six-speed manual on the Captur in India for now. The DCi diesel motor makes 110hp and 240Nm like in the more powerful version of the Duster, but refinement levels have really hit a new high. On the Captur, this engine is the quietest it's ever been. Overtaking manoeuvres are a breeze in this car and it's incredibly stable on wide open roads and at fairly high speeds. The Captur is a very capable handler as well. The chunky steering is well weighted and it gives you a good feel of what's going on with the front wheels. Ride quality is another area that the Captur does really well in. Occupants aren't completely isolated from bumps, none of them are jarring, apart from the really sharp ones. As far as safety is concerned, you get ABS, EBD, brake assist, stability control (ESC), as well as dual and side airbags. Plus, you also get Isofix child seat mounts in the back.

The Renault Captur is certainly a very interesting proposition in this mid-size SUV space. The Captur's pricing hasn't been announced at this point yet, but we expect that it will come in a notch above the Hyundai Creta, but well under the Jeep Compass.