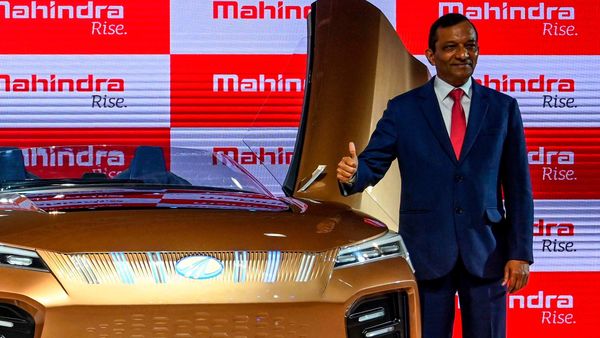 The onus of making the country self reliant in manufacturing lies with the industry and not with the government which can at best act as a facilitator, Mahindra & Mahindra (M&M) Managing Director and CEO Pawan Goenka said on Tuesday.

Speaking at a CII event, Goenka said the industry and the government will have to work as a team on mission mode in order to utilise opportunities at hand in the manufacturing sector across various business verticals. He noted that despite having a lot of enablers like low labour cost and abundance of raw materials, the country somehow has not been able to achieve self reliance in the manufacturing sector.

He said it is up to the industry to either seek benefits for its own members from the government or look at taking the country ahead in terms of self reliance and manufacturing. As a facilitator, the government needs to be clear in terms of things it can do for the industry, Goenka, who is also the Chairman of CII Mission on Aatmanirbhar Bharat, said.

"My only request to the government is that we need speed. Whatever has to be done, let's decide and do it. If I cannot make GST 20 per cent, I cannot make it. So let's not talk about it but whatever has to be done, let's do it immediately," he noted. Emphasising on the need to make quick decisions, he added: "We have a window right now, if we let that window pass it will probably never come back again. The industry must appreciate that we have a short window , one year, two year three years, I do not know. Government should understand that we have a short window and we must do it."

Goenka said there were various new promising sectors which could be tapped if the industry and the government came together as a team. "Even in mature industries like automotive and pharmaceutical there is enough scope, but there are industries that are sunrise industries and if we are not careful we will end up losing out as we have in some sectors 10-15 years ago," he said.

He further said: "Drones, CCTVs, electric vehicles, we cannot let the opportunity of these three slip from our hands and go somewhere else. These are going to be big industries 10-15 years from now." Somehow the industry and the government must make a very long partnership and it has to be a mission mode project for India for at least these three industries, Goenka said.

"India has the ability to do that, we need to put in place a strategy together and execute it as you are running a company," he added. Commenting on Aatmanirbhar Bharat initiative, Goenka said India has many positives like a big market, world class software abilities, abundant raw materials, skilled labour, low labour cost among others.

"How many countries in the world can offer that? So why have we not become self sufficient till now? It is because we have many disablers which unfortunately offset the enablers," he noted.

The cost of doing business in the country is much higher than the competition, Goenka said while talking about the negative factors that impact the manufacturing sector. "We have an 8-10 per cent cost disadvantage as compared with China when it comes to manufacturing in India. Second is the underdeveloped MSME sector which is the backbone of the manufacturing industry. Third is the low level of investment in R&D by the private sector," he noted.

The private sector investment in R&D is just 0.3 per cent of the GDP India. Compare it with South Korea where it is 2.5 per cent, Goenka said. And then there is ease of doing business, a lot of improvement has taken place but it is not where it needs to be, he added. "Also there is the thing about brand India, we have never been able to develop a brand for manufacturing in India. How many products get sold outside of the country because they are Made in India? The only reason they get sold is because of lower cost," Goenka said.

The country just cannot become a USD 1 trillion economy on the back of the domestic market, there has to be an export element in it, he said. "Our export right now is just a pittance. If you look at the auto component sector, which is a developed industry, we are just 1.3 per cent of the overall global trade. The country with such a big auto industry, so low labour cost, why is our trade just 1.3 per cent. It is because we do not have a brand...It is because people don't associate quality and technology with Indian manufacturing," Goenka said.