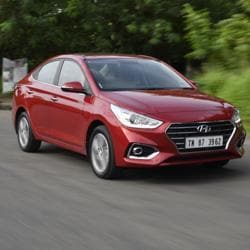 Once a hugely popular mid-size sedan, the Hyundai Verna has long been overtaken on the sales front by the comfier and more modern Honda City and the Maruti Ciaz. However, the new Verna, set for launch this August 22, is the car that's meant to bring Hyundai back into serious contention in this popular segment.

It comes six years after the previous model and this time round, Hyundai has left no stone unturned in its quest for market supremacy.

While the new model bears a strong resemblance to the previous model, you'll notice that the details like the chrome-lined grille and the larger projector headlights are new. There are also neat chrome-lined housings for the fog lamps. Over to the side, there are smart new 16-inch alloy wheels, but they look a bit small. Also, the car's high ground-clearance has resulted in a bit of a 'jacked up' stance. The tail-lamps are now slimmer and wider, which enhances the visual width of the rear. This effect is furthered by a neat black accent at the base of the rear bumper. Overall, however, the new Verna doesn't look quite as large as the City or the Ciaz.

Inside, it's not the forward leap in design you'd expect from a brand new car. Sure, the steering wheel is new, but most of the other controls and switchgear are a direct lift from the i20. But as ever, it's a high-quality and neatly laid out cabin, going by segment standards. What Hyundai always does best, and once again delivers on, is the equipment list.

The 7.0-inch touchscreen is similar to what you find in most modern Hyundais but it's upgraded in the Verna and comes with more functionality. You get Apple CarPlay and Android Auto and, in addition to the steering-mounted controls, you can also use voice commands to operate some of the infotainment features. Another segment-first are the cooled/ventilated front seats, which should be a hit in India's searing summer heat. It's worth mentioning that the seats chill brilliantly even on the lowest setting. Hyundai says safety has been given maximum importance with the new Verna. Top-spec cars also get six airbags, and there are Isofix mounts for child seats. 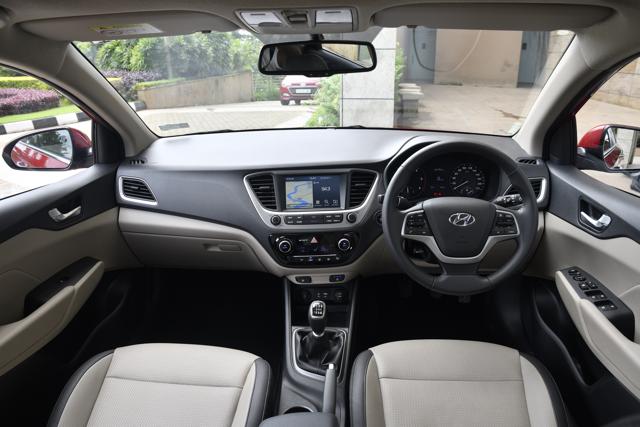 At the rear, Hyundai has added air con vents, and the seat offers more legroom now. But like before, the seat is set a bit low and isn't too supportive. Also, the swooping roof and thick headliner (to accommodate the sunroof) means that headroom will be a little tight for taller folk.

Hyundai will offer the new Verna with the current car's 1.6-litre petrol and diesel engines but with new transmissions. The old four-speed automatics have been replaced by new six-speed units and the petrol engine now gets a six-speed manual and not a five-speed unit.

We got to test the diesel car in both manual and automatic guises. First, the manual, and as before, it's rather quiet and the gearbox is smooth. Typical of a Hyundai diesel, there's a nice, linear build-up of power. It doesn't feel phenomenally punchy for a 128hp motor, but it has good amounts of pulling power right from low engine speeds; the six-speed gearbox also allows for relaxed cruising. In all, Hyundai's diesel engine is clearly a cut above the competition and delivers performance and refinement effortlessly. 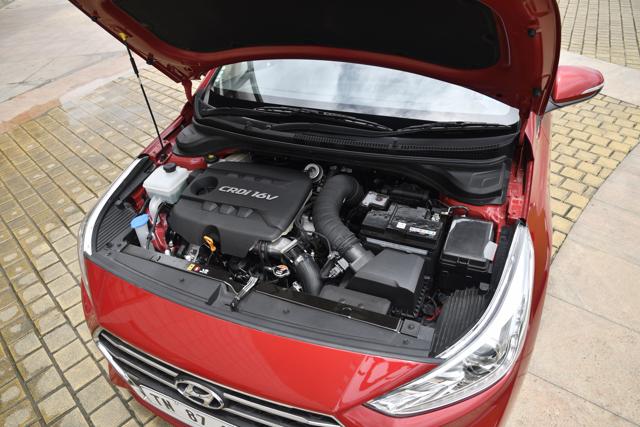 The diesel automatic works quite well and this will be the one that most will go for. The gearbox isn't particularly quick, but it's quite smooth and refined and does the job of everyday commuting. Again, the Verna diesel auto feels effortless to drive as it's got a good amount of pulling power.

Also, the new car feels much better tied down than before. It is more stable at reasonably high speeds, but the Verna's ride is still on the soft side; it's not a very sporty handling car. Where the Verna scored big is with refinement. There's minimal road and engine noise and it's safe to assume that this will be the quietest diesel in its class.

The new Verna addresses the problems of the older car, namely its wayward ride and handling, which is now vastly improved. Better driving manners, along with a powerful diesel that is now mated to six-speed manual and automatic gearboxes, make the Verna far more enjoyable to drive than before. 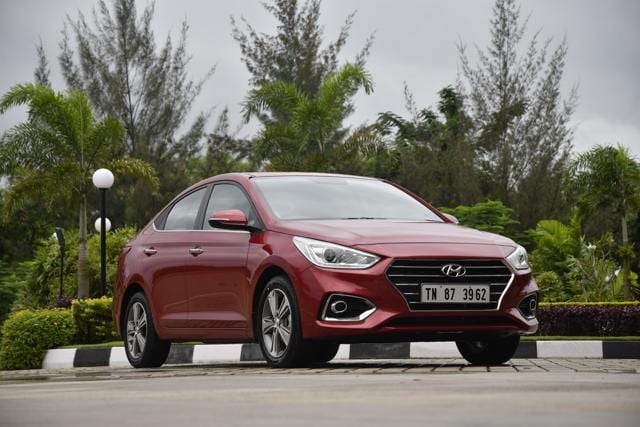 However, the Verna doesn't feel like an all-new car. The styling changes aren't dramatic, and the interiors are also familiar. That said, Hyundai has set such high standards in interior quality already, that it was hard to push the envelope further. The rear seat too might dissuade some, as space is not up there with the best.

With prices starting at ₹7.99 lakh for the base petrol manual and going up to ₹12.61 lakh for the range-topping diesel automatic, the Verna doesn't beat the Maruti Ciaz in terms of cost. However it undercuts the Honda City by a good margin, and for its price, it also offers good value. Whether this is enough for Hyundai to finally grab a slice of this segment that has long eluded it, only time will tell.