Home Auto News New Hyundai I20: Top Of The Class Already, The Changes Are Subtle, Impressive

New Hyundai i20: Top-of-the-class already, the changes are subtle, impressive

Nothing much has been tinkered with in the new Hyundai i20. The interior quality and the equipment list is still the best in the segment. What is even more impressive, however, is the attention designers have given to the car’s dynamics.
By : Autocar
| Updated on: 03 Mar 2018, 09:44 AM The facelift of Hyunda i20 appears to be a case of ‘if it ain’t broke, don’t fix it’, and really, not much was broken with it.

This is the facelifted version of Hyundai's very popular premium hatchback, so naturally, there was a lot of anticipation ahead of its launch. But, when the wraps came off it at the 2018 Auto Expo, the first impression you got was that not much had changed. Even afterwards, when we placed photos of the old and new side by side, it was a tricky game of 'spot the difference'. Now that we have the car with us for some closer inspection, let's see if there's more than meets the eye. 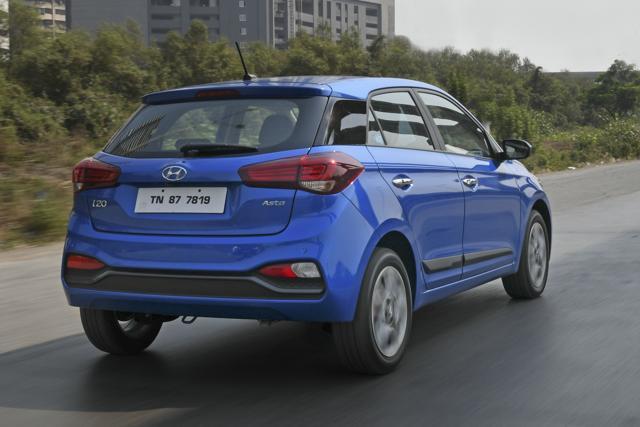 At first glance, it's fairly difficult to spot the changes at the front. The i20 already had a wide hexagonal grille, so the fact that it's a bit curvier now is easy to miss. Similarly, the bumper itself is ever so slightly more sculpted to fit the new triangular fog lamps, and the functional air ducts beside them that are said to reduce turbulence in the wheel wells and aid aerodynamic efficiency. The headlamps, as per a previous update, now feature projector elements and LED daytime running lamps. The rear of the i20 looks much better updated, thanks to new tail-lamp graphics that light up in a horizontal line; neat, but frankly we prefer the old style that was similar to what you get on the Verna, Elantra and Tucson. There's also a slightly reprofiled tailgate and a thick blacked out section in the bumper that really adds some character. You can opt for a black coloured roof (our car doesn't have it) and there's a new set of alloy wheels, which look good, but thanks to their design, actually appear smaller than the earlier car's set. They are, however, the same 16-inch size. 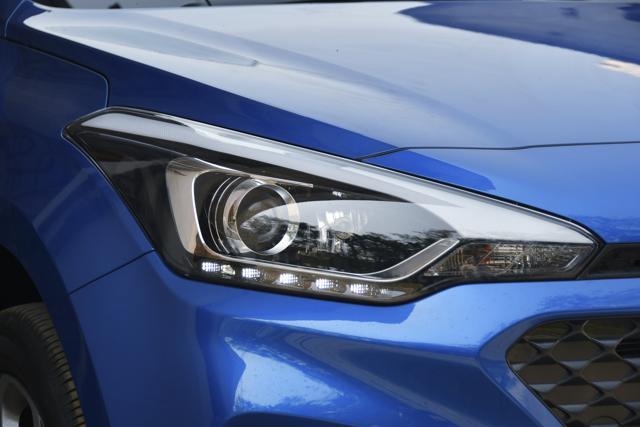 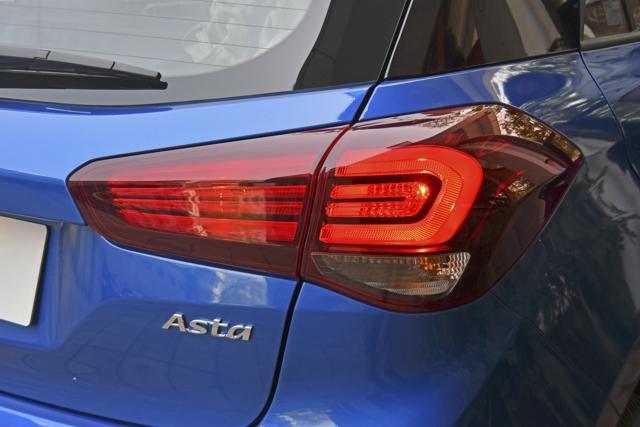 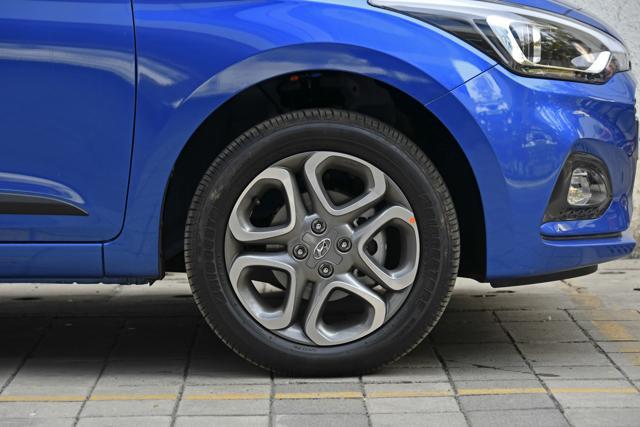 Hop into the cabin and, once again, the changes are not easy to spot. The fabric on the seats now has a hounds-tooth pattern, which is a cool, almost retro touch. Some of the buttons and controls on the steering wheel and dashboard are new too, the central AC vents have been redesigned slightly and the touchscreen has a matte finish so it's easier to see in bright sunlight. In terms of equipment, it's still up to the same high standard as before, except one of the 12v charging points has, handily, been replaced with a USB charging outlet (this is separate from the USB port for connecting devices). The touchscreen is one of the best around, with Apple CarPlay and Android Auto, and a simple, clean and easy-to-use interface. At the rear, you now get ISOFIX mounting points, and a fold-down armrest, which is a segment first.

There have been no mechanical changes on this facelifted i20, but there has been a bit of retuning to both the engine and the chassis. For instance, Hyundai says it has achieved a nine percent increase in fuel economy thanks to a slight remapping of the engine and those aero ducts in the front bumper. In truth, you can feel it a bit when you drive. In this diesel car, for example, the bottom end feels a bit stronger and some of the punch at the top end is missing, thanks to changes to the fuelling. The change is not too drastic, and if you drive primarily in the city, you will appreciate the improved low-end responses. What remains unchanged is the smooth nature of this motor and the light and easy gearshift action. 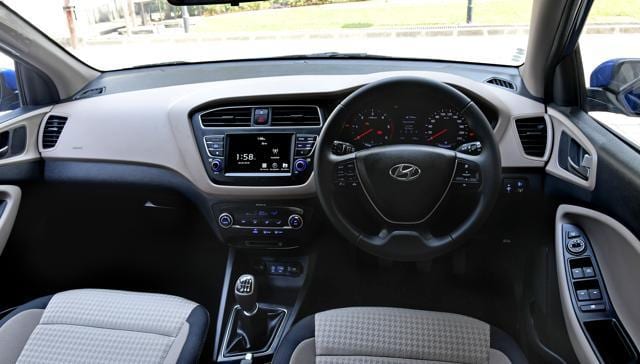 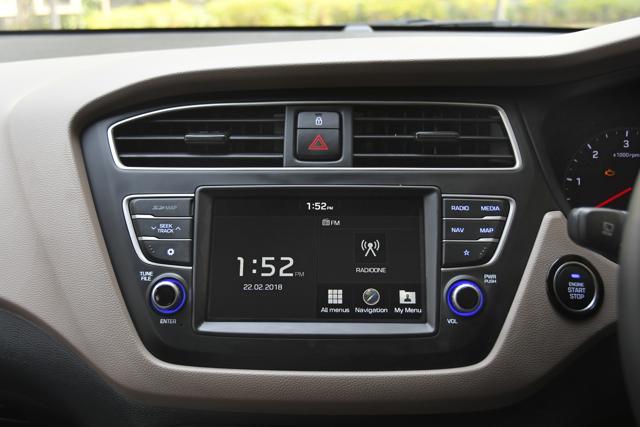 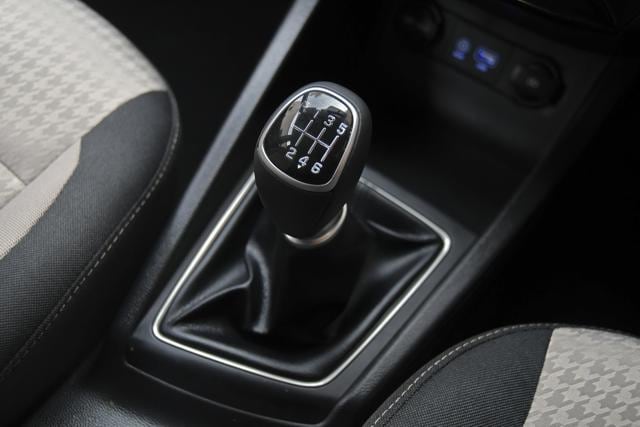 In a bid to make it a bit more engaging to drive, Hyundai has also tinkered a bit with the suspension and the steering of the i20. They've stiffened the rear suspension a little bit and you can feel that in the way the car isn't quite as bouncy coming off a large speed-breaker, for instance. They've also sharpened up the steering a bit and reduced the slack at the centre position to make it feel a bit more engaging than before. Truth be told, this is still no driver's car, and to truly improve the dynamics would require a full generational leap - as we saw with the new Verna, but it's good to see Hyundai is trying to improve things on the current-generation car. 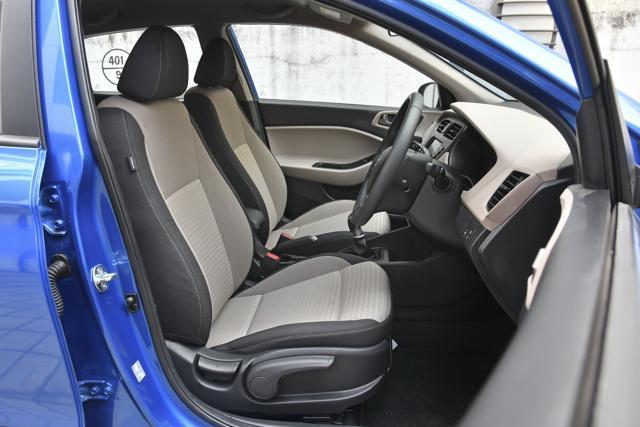 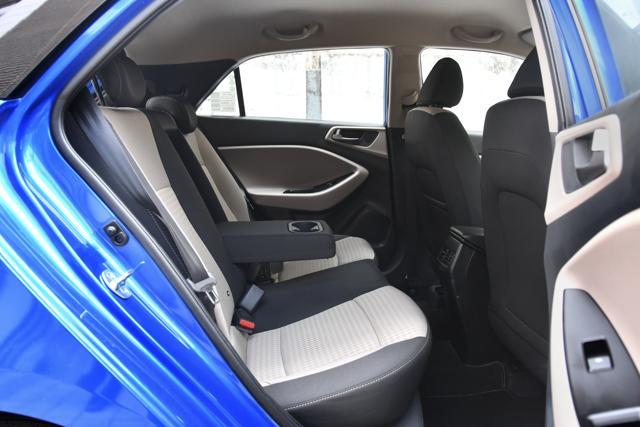 Overall, this facelift appears to be a case of 'if it ain't broke, don't fix it', and really, not much was broken with the Hyundai i20. Also, Hyundai has been updating the i20 regularly over the years, particularly to the equipment list, and this is why the facelift doesn't feel as much of a change as most facelifts do. The long equipment list couldn't have gotten much longer, and the interior quality was already pretty much at the top of the class. What we liked with this car is the effective attention that's been paid to dynamics, for whatever it's worth. So yes, the i20 hasn't changed all that much with the facelift, but then, it didn't really need to.